The 7th graders from Udavi School took a project on creating a PA system. To start of we required a lot of wires so the quest for salvaging wires began. The students picked every wire possible in STEMLAND that was not being used, we had a long Ethernet cable that was damaged and removed the outer casing and rolled up the inner wires. Once the required amount of wires were acquired we needed a power supply, a broken adapter that was found among the damaged equipment’s came into good use. We opened the case and took the transformer. 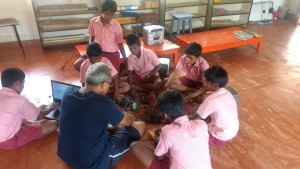 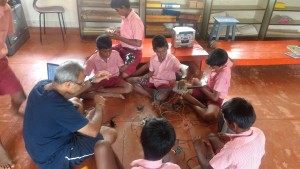 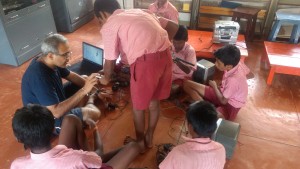 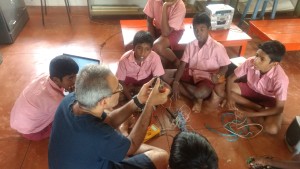 Then the primary and secondary winding s were checked for connectivity using a multi-meter.

Next the transformer was hooked up to a plug and carefully soldered and covered using heat shrink cables for maximum protection from the input voltage, thus it was ready to be tested. 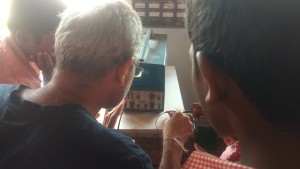 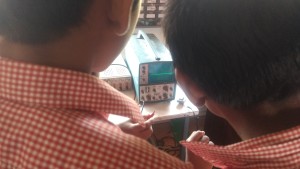 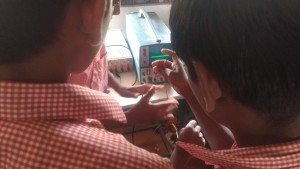 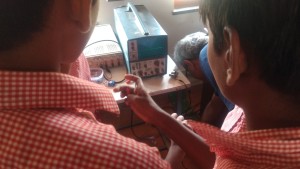 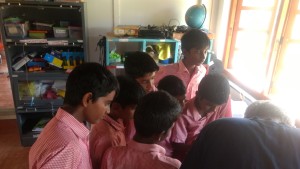 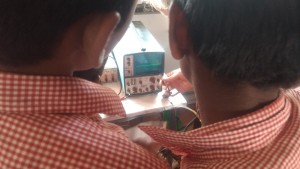 How does the world look smaller than itself in the map?

How do I look bigger than myself in the banners?

I had this conversation with 7th graders of Isai Ambalam. Few students seemed to be very eager to express their opinion for these questions and they all had started answering for this at the same time. I stopped all of them in the middle and I asked the rest of the children, “did anyone understand anything from what they were saying?”.  ” Yes akka”  Varsha told as if she heard and understood everything that has been told by everyone and rest of them told “No, I didn’t” in cores voice.

“Ok, we will go one by one akka. First I will start”, kameshwari volunteered and started saying, ” Because the world is too big that’s why they( the people who made the map) made it small, otherwise we can’t see the whole world”.

I thought I have to repeat the question as it appeared to me that the child misunderstood what I have asked them. How does the world look smaller than itself in the map? I insisted on the word ‘HOW’. She sat down in her place with the gesture saying that she was thinking.

It seemed that Akash wanted to share something, so I looked at the side he was sitting. ” I don’t know how to say that akka, I’m looking for a word. Give me a moment”, Akash said with a voice of proud and little confusion. Then Prabha(Prabhakaran) raised his hand and started,” Akka I could enlarge my photo as many times I want till it became the size you need, likewise we can reduce the size too. In other words, it’s like Zooming in Zooming out a photo”. 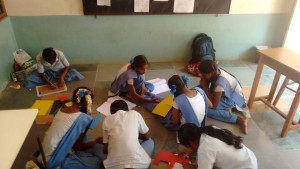 Akash interrupted him saying “I found it. The word I wanted to say was times… “. I thought I got the crux of the topic which I had chosen.

Later they picked up some shapes like square, rectangle, and triangle and scaled up/down to some ratios. I felt satisfied with I had done with children at the end of the class.

The SSD’s had really picked up during the project period with the 7th children after Barani had created a project. The girls started to understand and light up the letters they wanted. They used the multi meter in diode mode to test whether the SSD’s where common anode or common cathode in configuration. Initially they were powering up the SSD’s with a 9V battery, then they started to use the arduino. 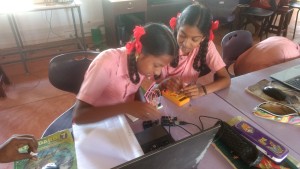 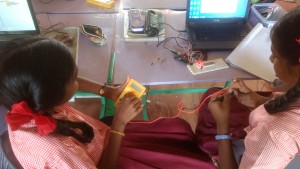 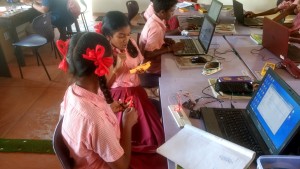 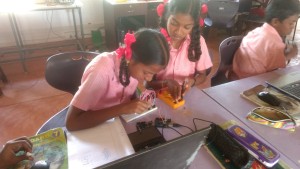 Along with them Nirmal had also joined the team and started to understand SSD’s with the support of Shalini and Sushma. 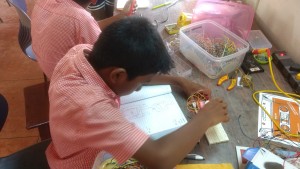 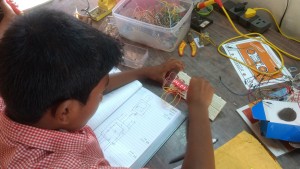 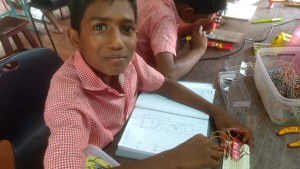 Saturday school has started in Isai Ambalam. Naveen and I took the 7th grade and some children from the younger grade to the nearby lake to explore it. Obviously the lake was very dry with very little rain last year. We had different conversations about how the lake was formed, fishes, insects, why the lake is very dry and about a well that was close by etc.. It was quite fun except for the sapping heat. 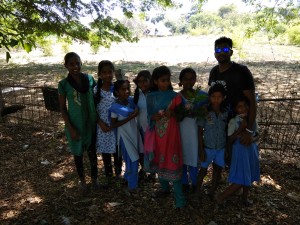 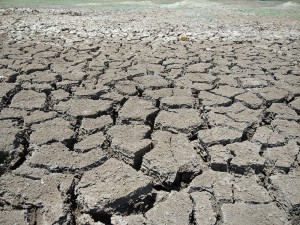