As part of their visit, they also visited Isaiambalam school. Children first introduced their names and different favorites like color, food animals, etc. It was fun for the children. Then children were divided into separate groups led by teachers of Creative school. Children did different activities like drawing, movements, etc. 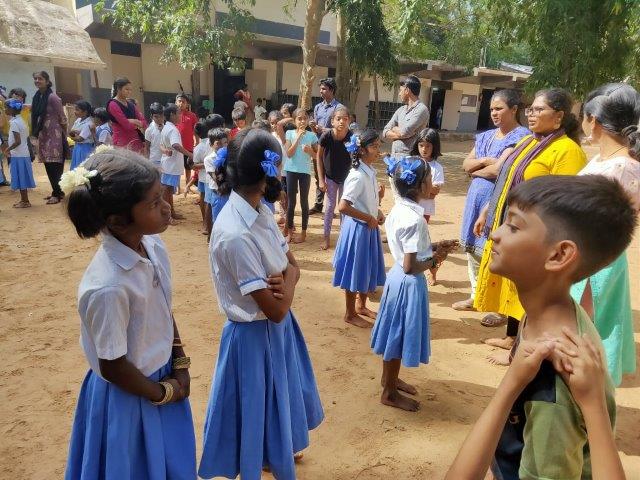 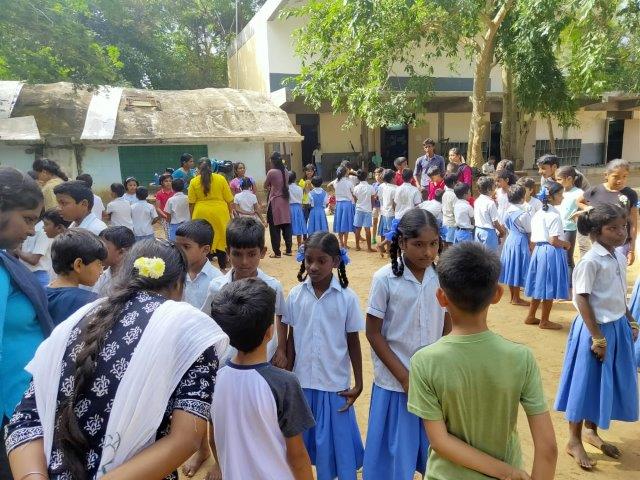 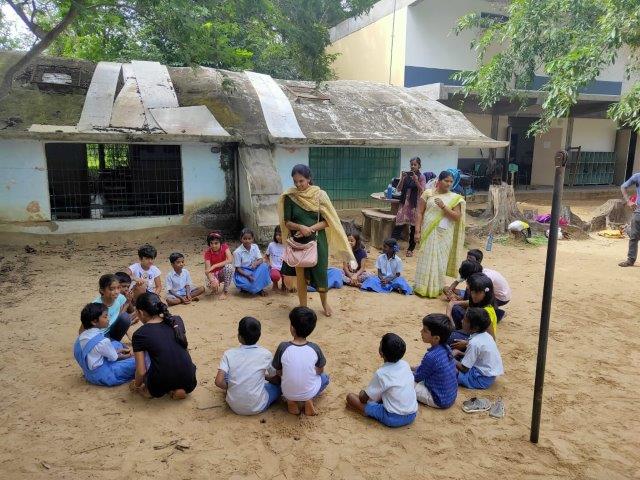 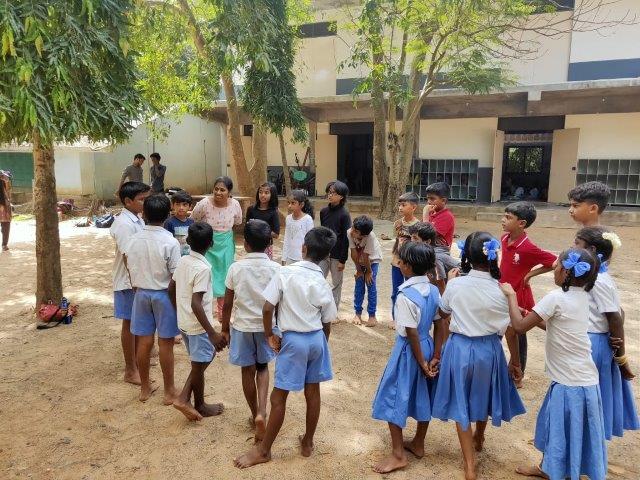 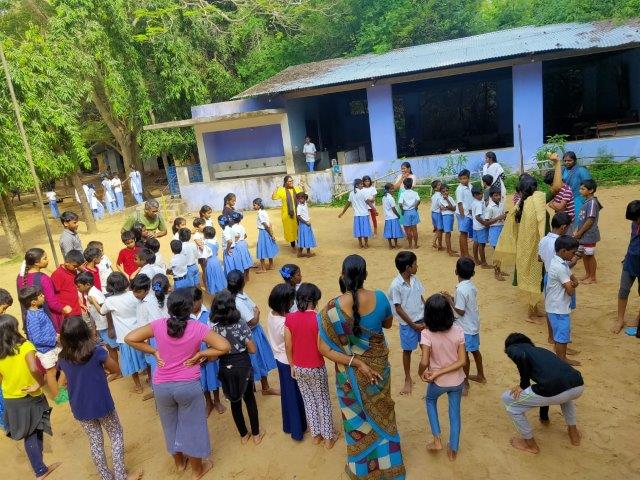 STEMland was offered a new space in Udavi. All of us  were busyin setting up Stemland for a couple of weeks.Especially, Saranya who took the lead for setting up the place . Now we have a bigger space and  have a separate room for electronics.

A lot of thought was put into how the space should be organized and some construction and repair was needed. This was handled by professionals and organizing the space was up to us. Saranya made a 3D model of the space and were materials should come. Everything was planned before the move, we needed no after thoughts.

It was exciting for all of us including the children as they were going to use the space. Children were busy making projects to present  for the inauguration. They were making projects in scratch, electronics, geogebra, mindstorms, etc.

Participation of the children of Isaiambalam :

Children of Isaiamabalam were asked to participate in the event. They were given separate stalls to demonstrate their projects. Most of their projects were based on science and physics.

Preparation for the event:
Children and STEMland teachers decorated the place. Balloons were tied up and colourful Kolams were drawn by the elder children.  A symbol of The Mother that was decorated with flowers added beauty to the event.

Teachers of Stemland each shared an aspect of stemland which was followed by lighting up of candles (Kuthu vilaku).

Children had different stalls set up with theirbprojects. Teachers from Auroville and outreach schools, youths, children of Aikiyam school and many more guests were invited to interact with children.

Children were excited to show their projects. A child demonstrated how different frequencies can be heard by us. Games and puzzles were also displayed by the younger children. Naveen had a project on spray painting and children explained the physics behind it. 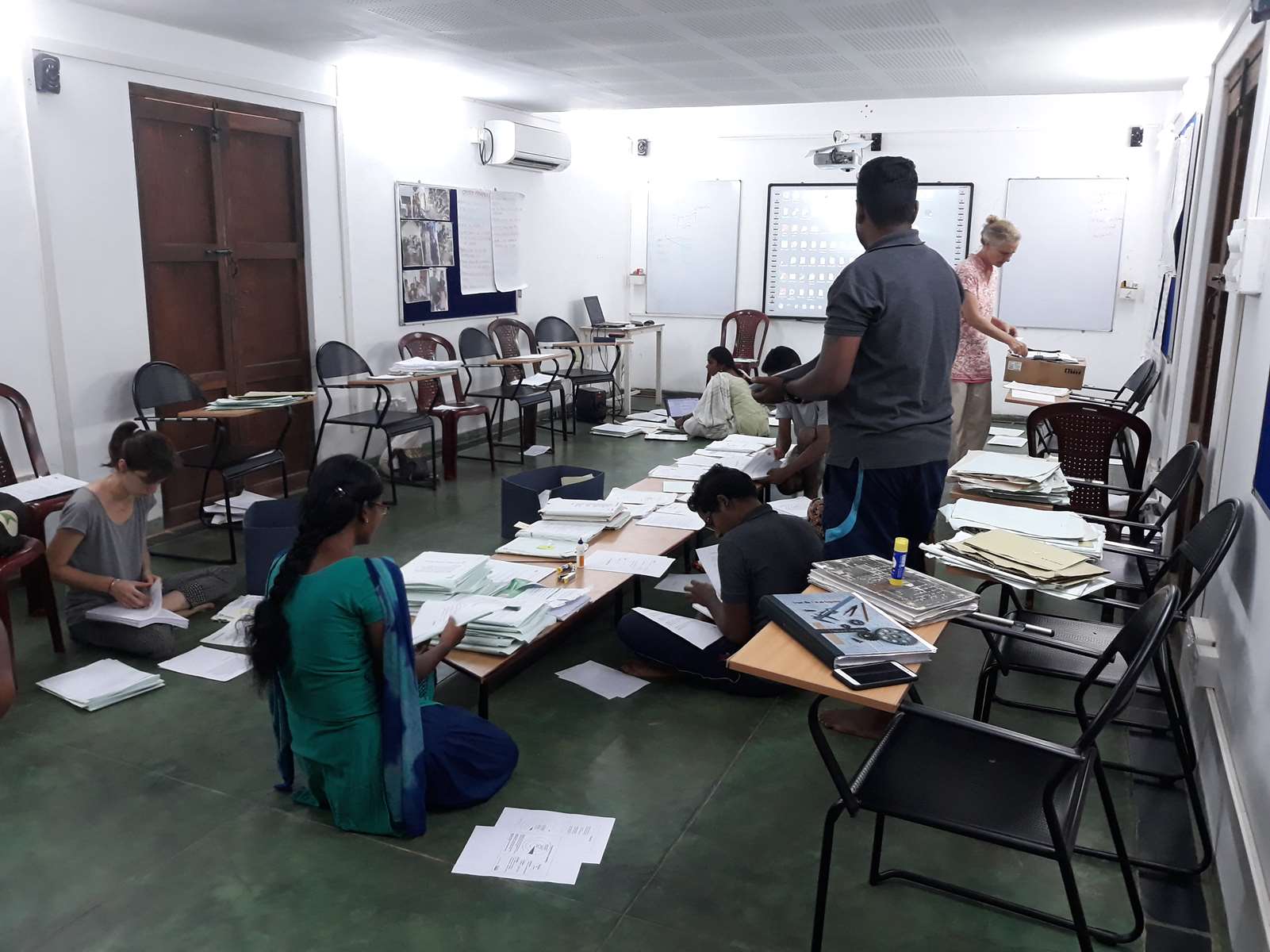 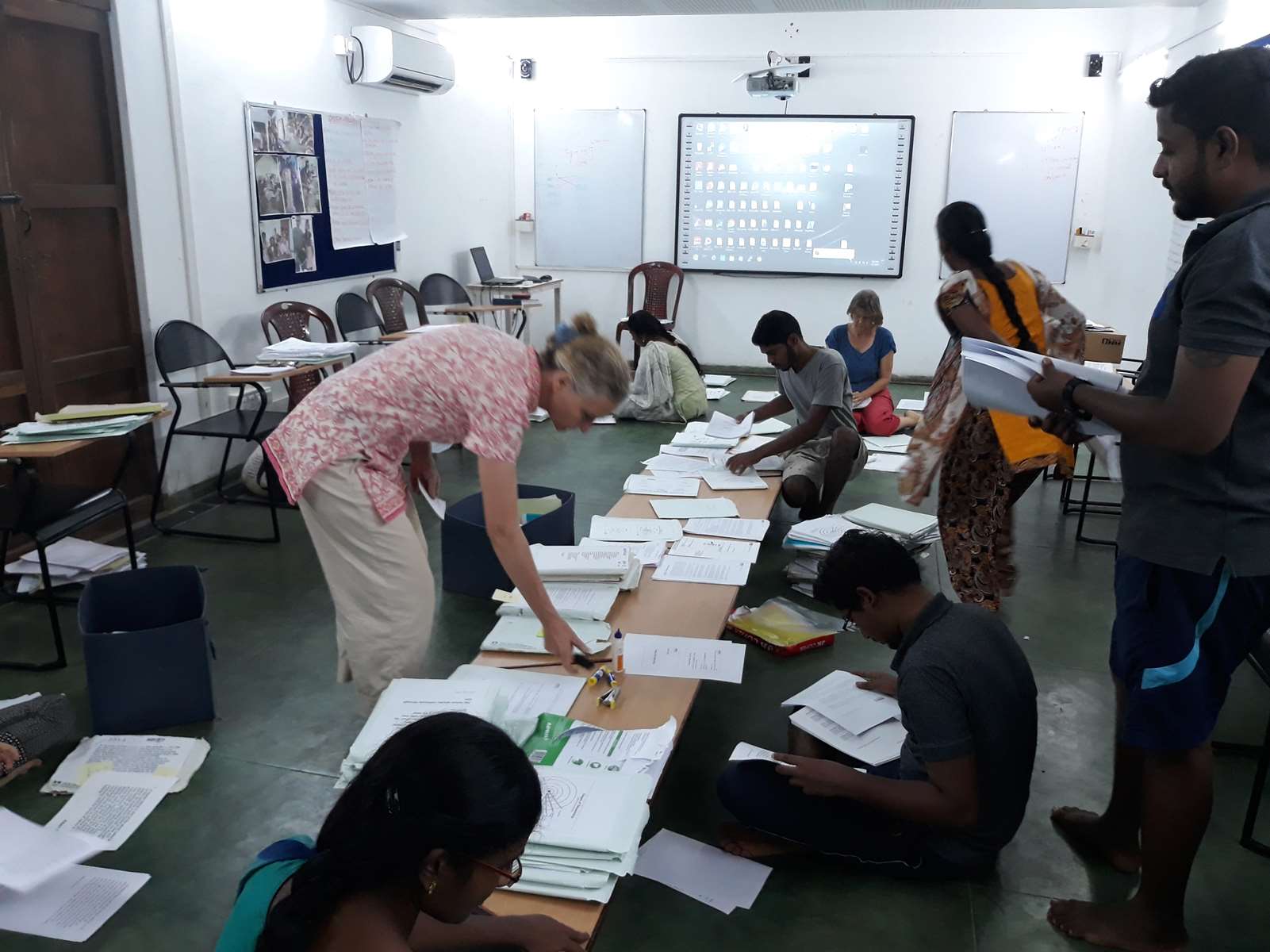 Children of Isaiambalam school have been studying about birds for some days. The 4th grade children were learning about local birds and their habitats. They were also interested in learning about beaks and legs of different birds and why they are different. We gave them access to computers, books and bird cards to learn and research. We also showed them documentary on Humming birds. They were fascinated to see humming birds being so swift in flight. Since they have learnt about flowers in the past children also picked up the fact that humming birds and flowers are interdependent on each other. Children cut out shapes of birds and hung them in strings to make them fly. Some of them were very happy to draw birds and colour them.

We also decided to take the children to Vedanthangal to visit some of the migrating birds. 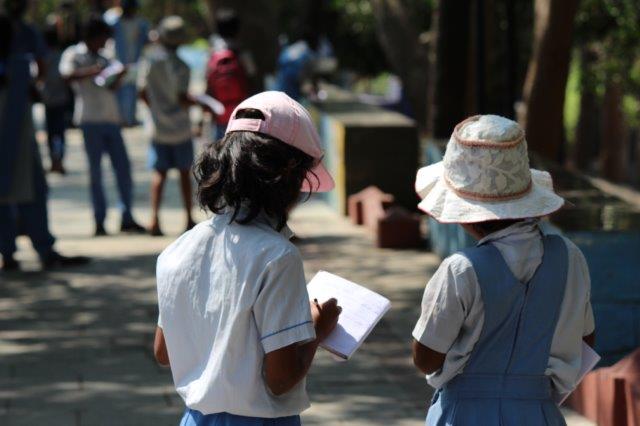 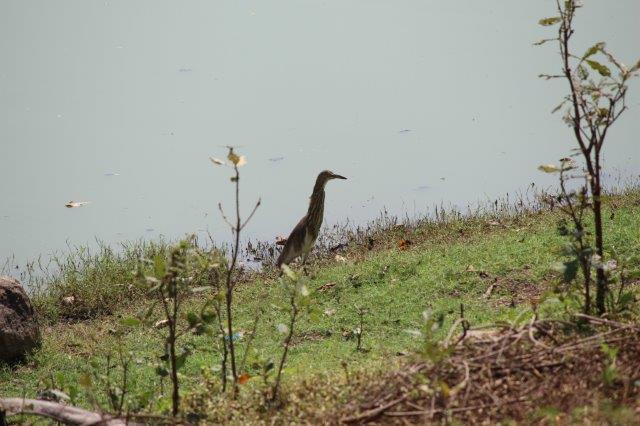 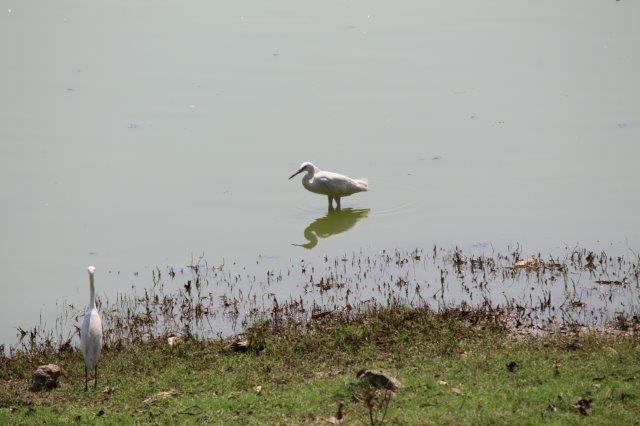 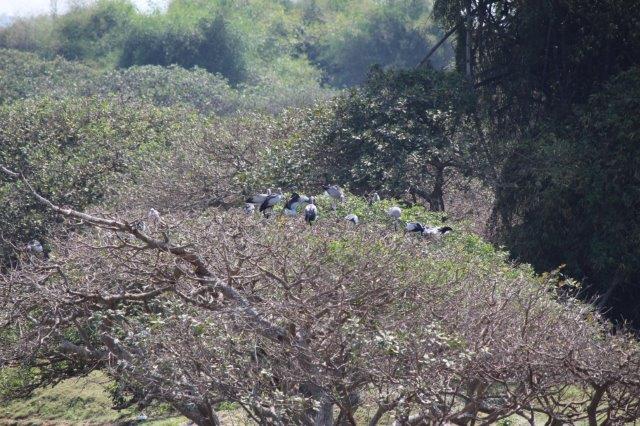 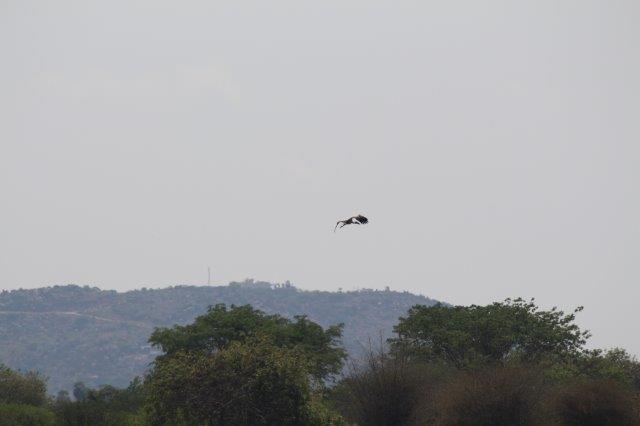 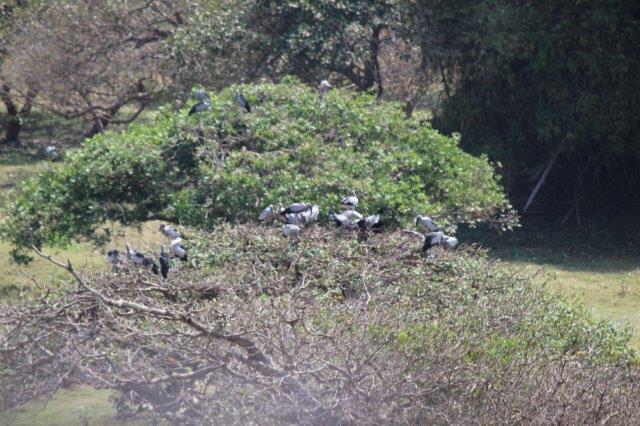 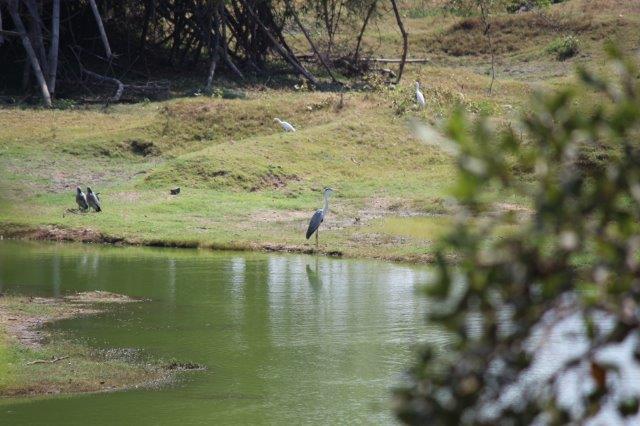 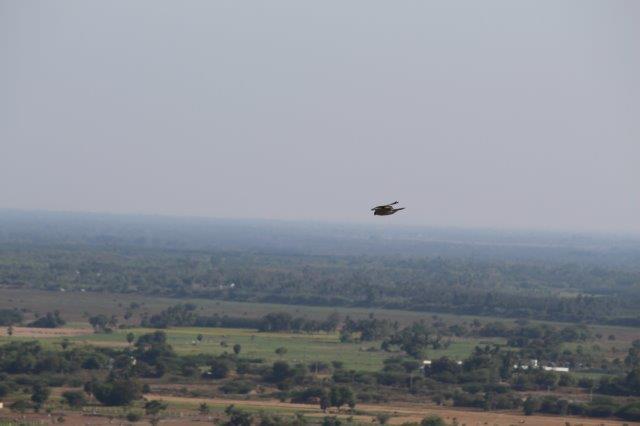 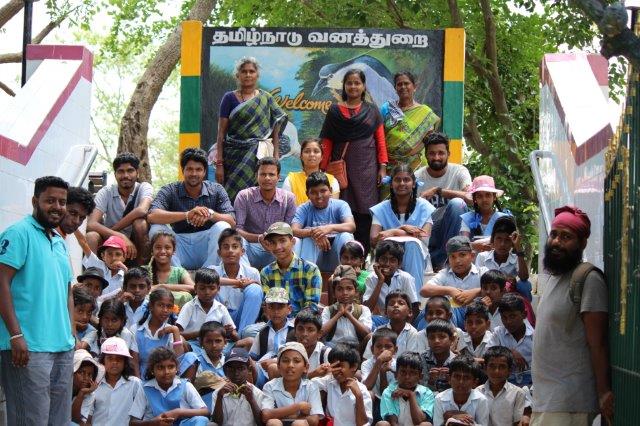 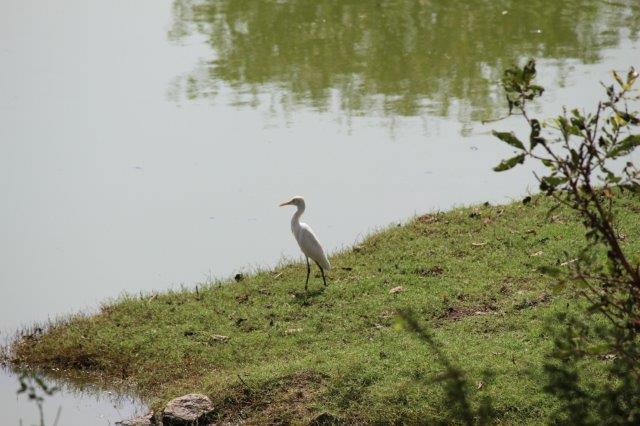 Children were learning about cubes. We thought making them will be more fun! 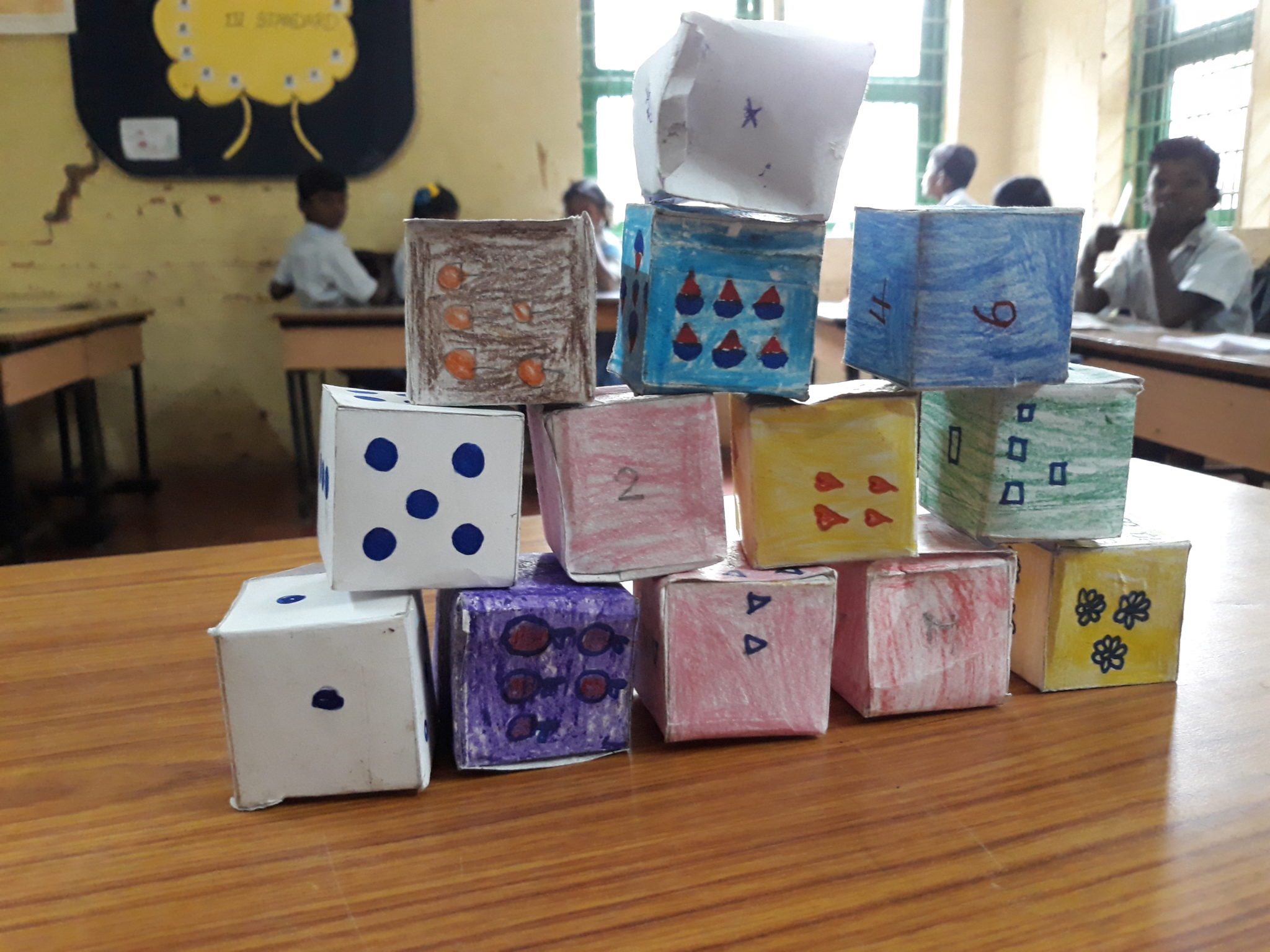 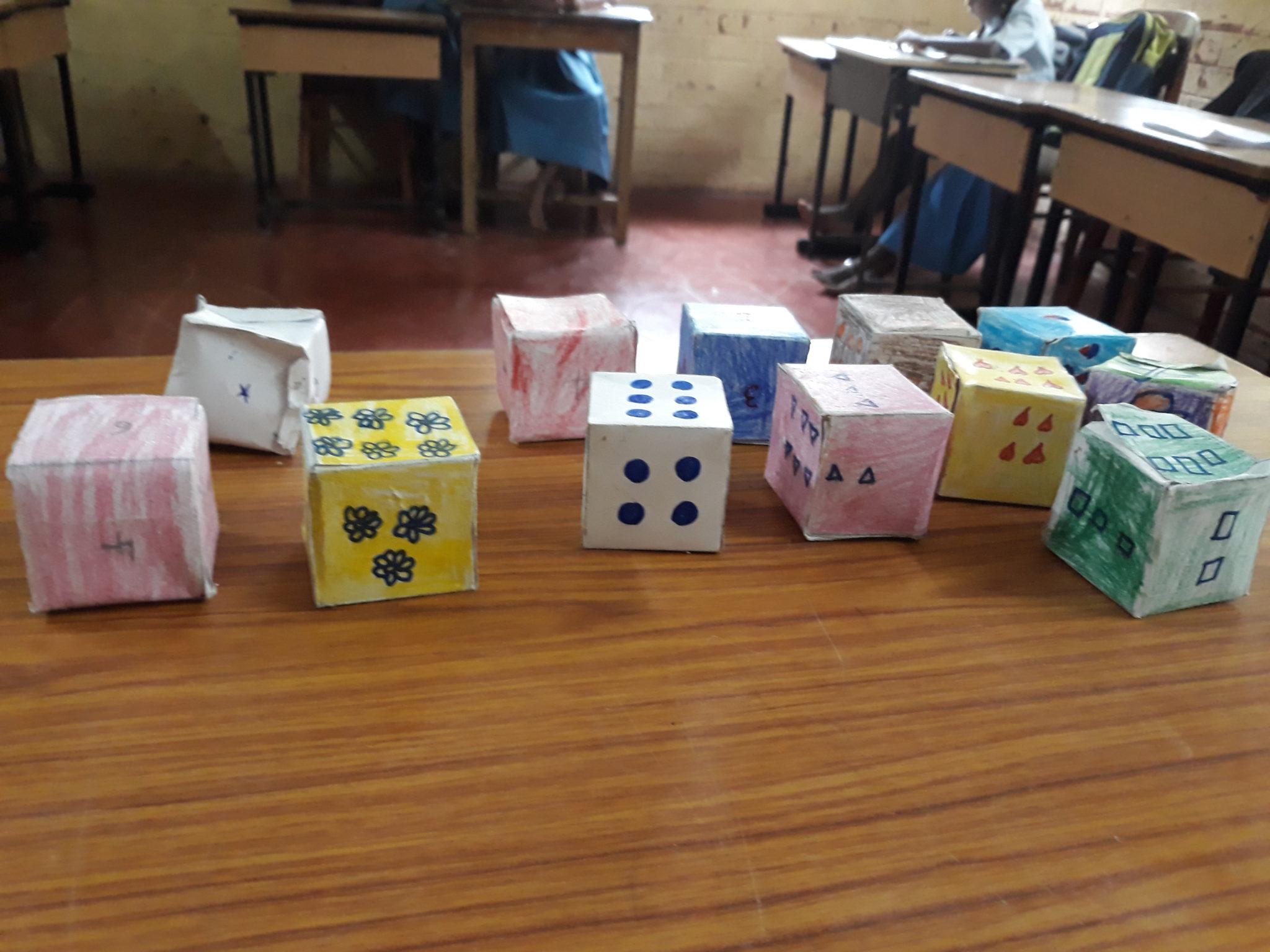 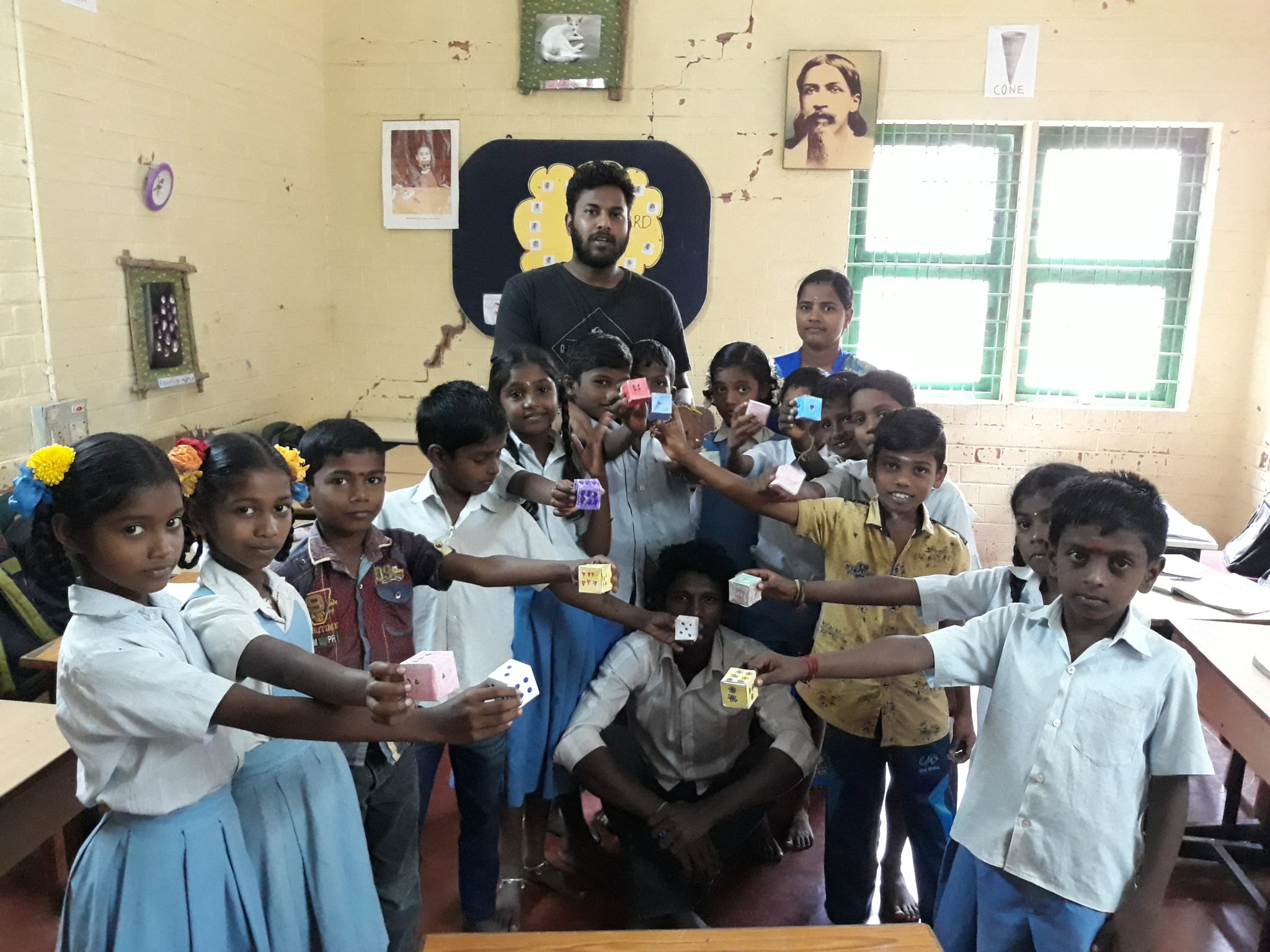 Pictures of Aura Auro Team cleaning the garden for Pongal 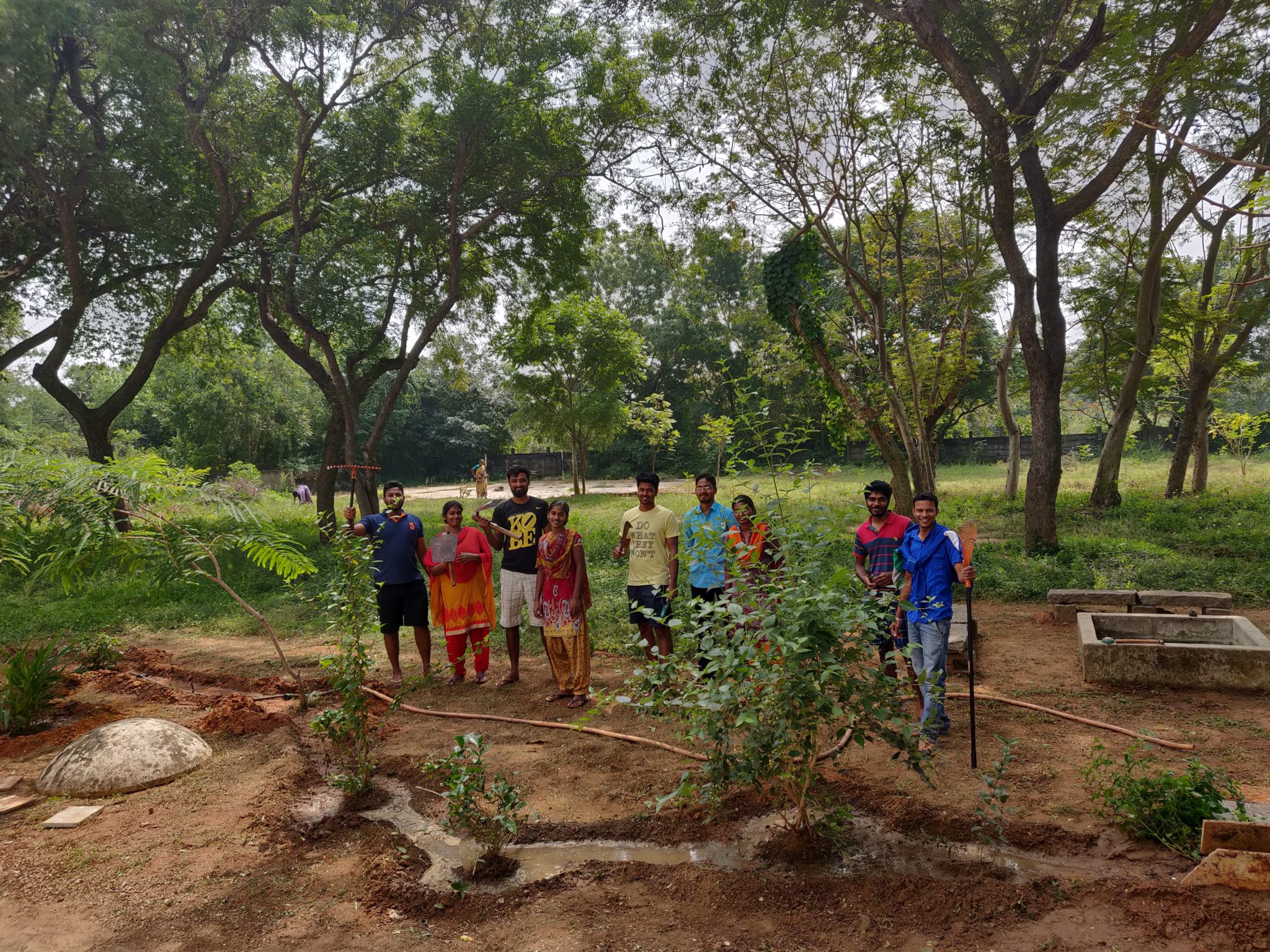 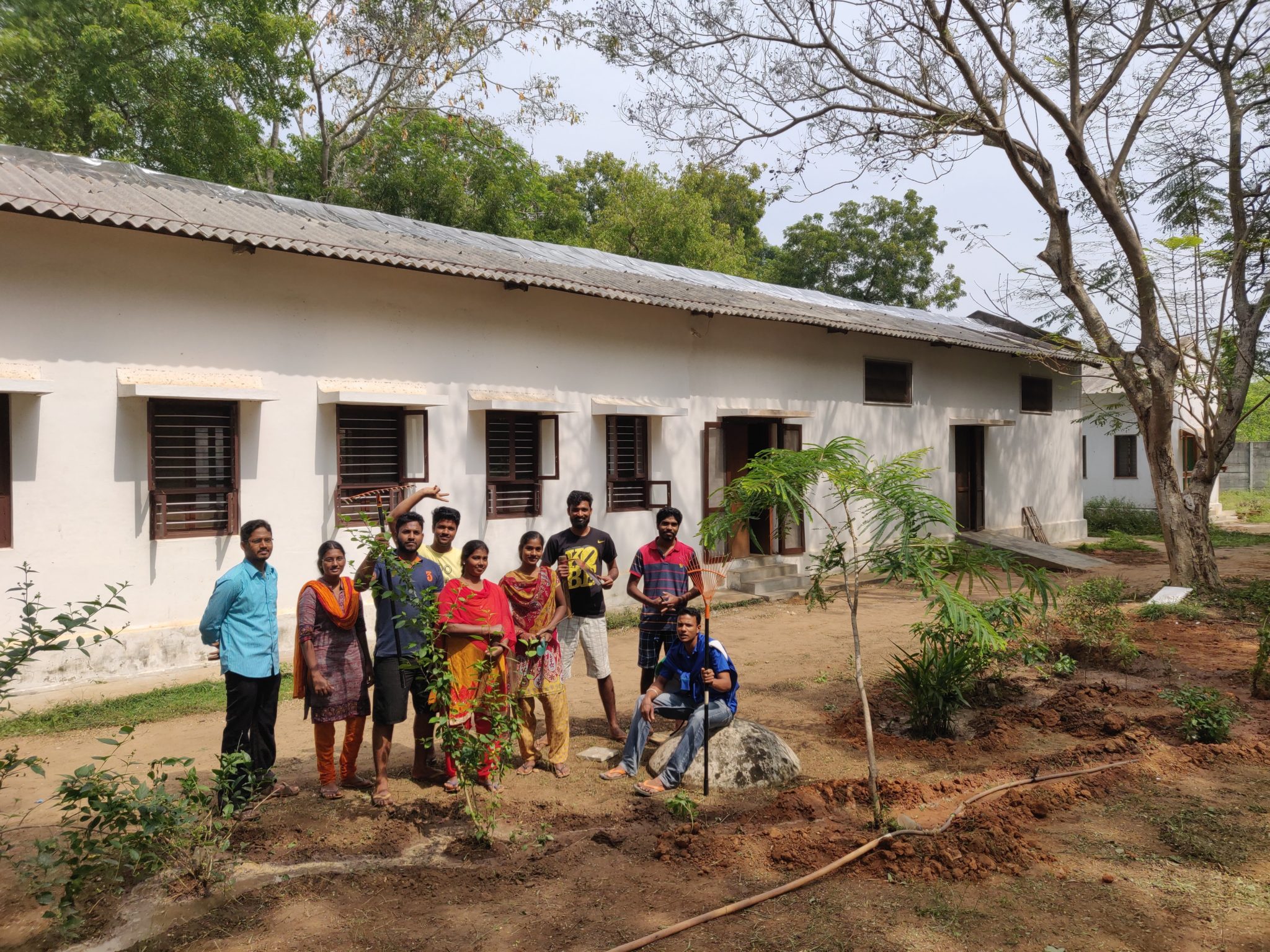 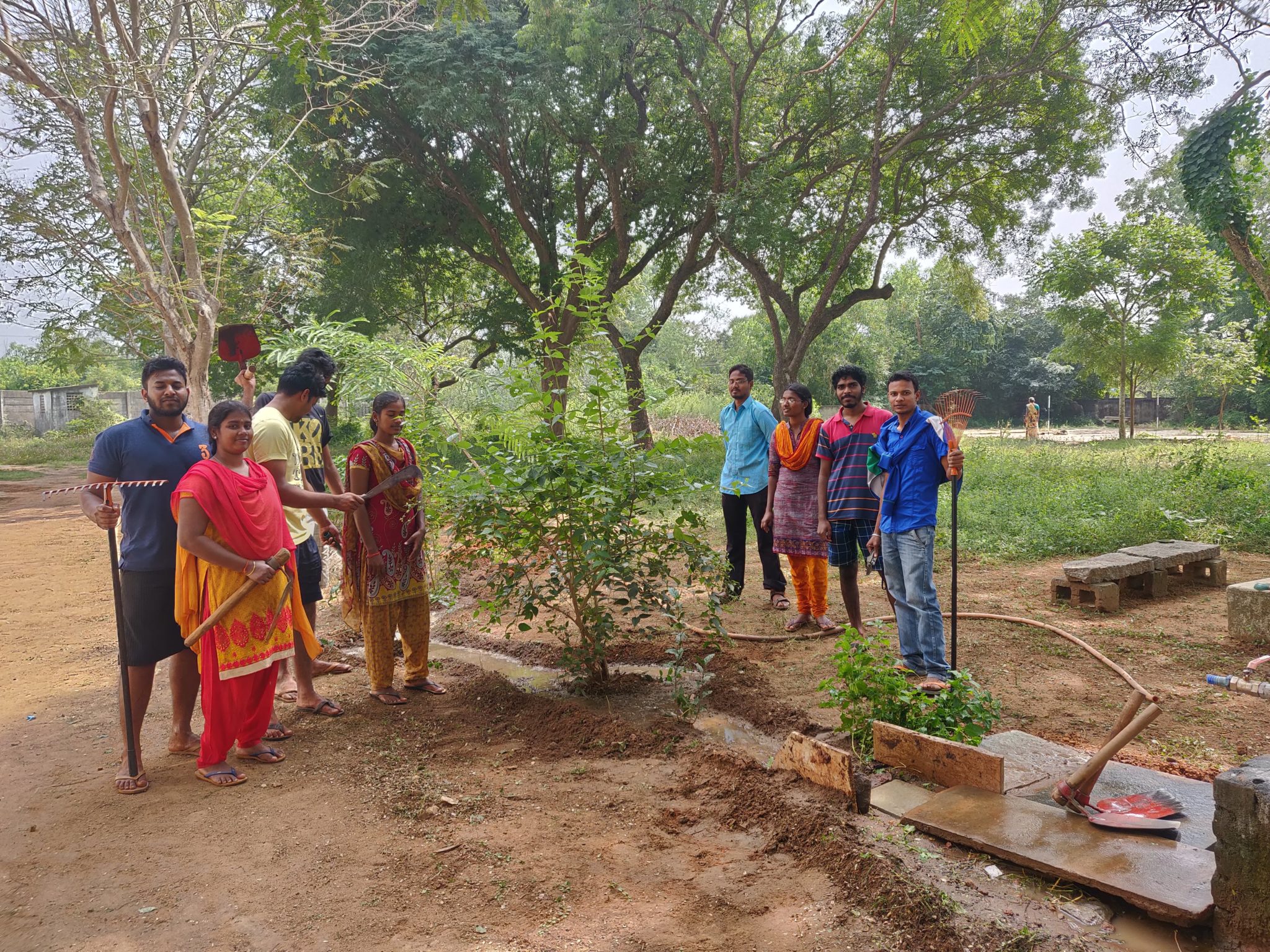 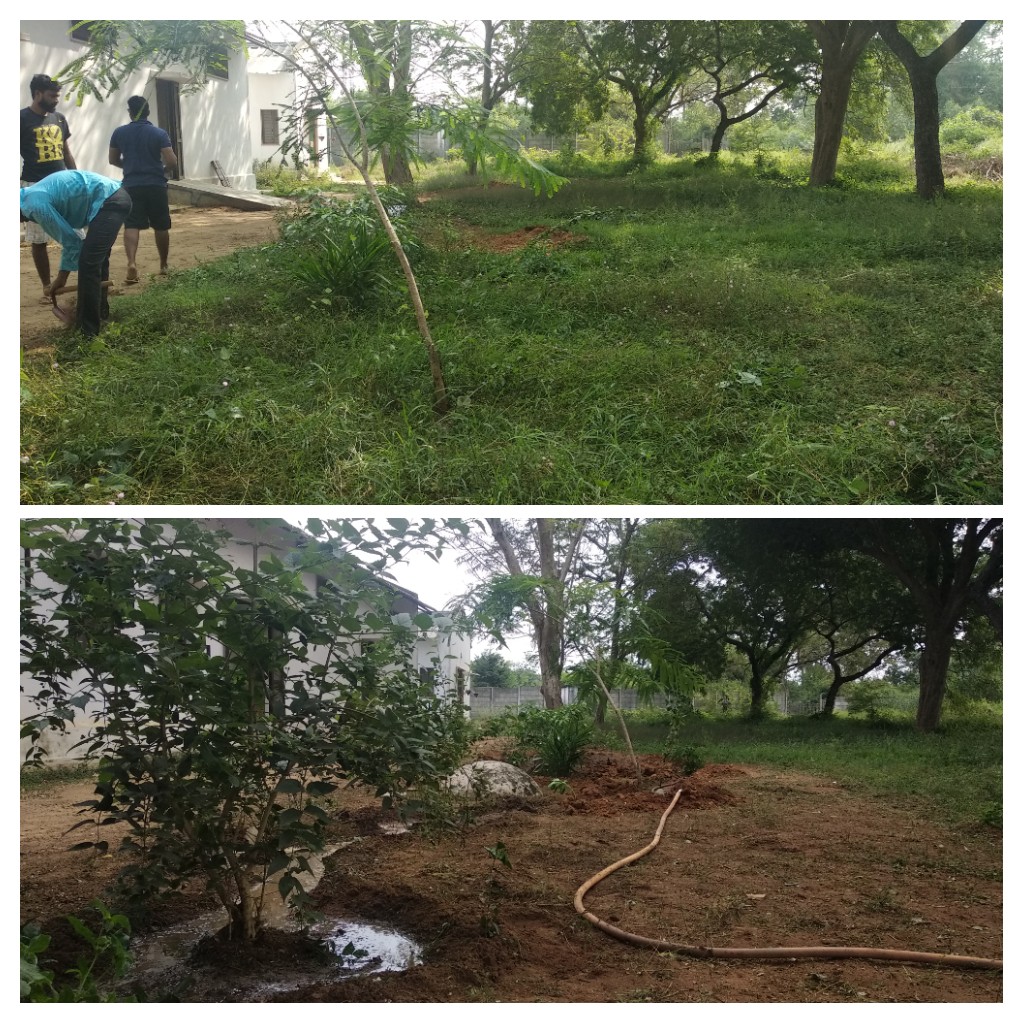 Children of 5th grade from Isaiambalam school put up a photography exhibition last Saturday(16.11.2018). I went in as a visitor and was curious to know what those little hands could have captured using the big shot cameras.

The photographs were displayed in bamboo frames that the children themselves made and was hanging on the walls of the visitor center. The frames were beautifully made with bamboo sticks and printed cloths stuck to it. The photos were simple added with life and beauty. It had catchy cations under each photographs. They had the courage and creativity to do something different. Children presented their work and talked about their learning and reflections to all the people who were present. Initially I could feel their nervousness and fear talking in English in front of everybody but after a while they were flawless. I hope it inspired all their peers in the school and encouraged them to do something different in the future. 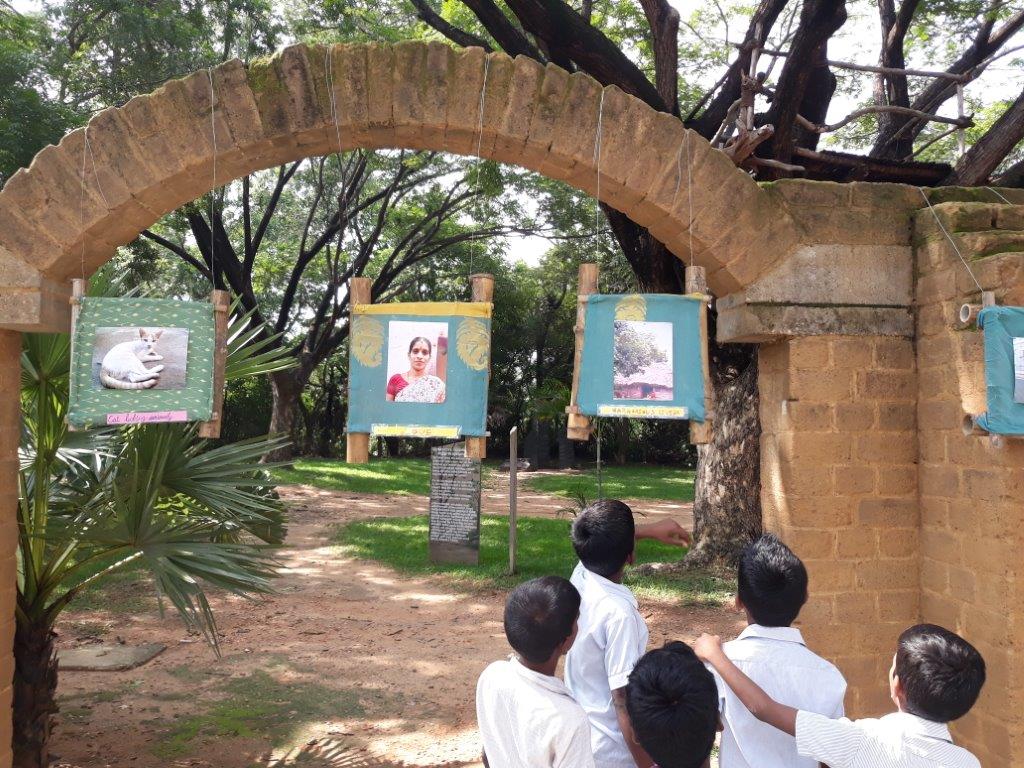 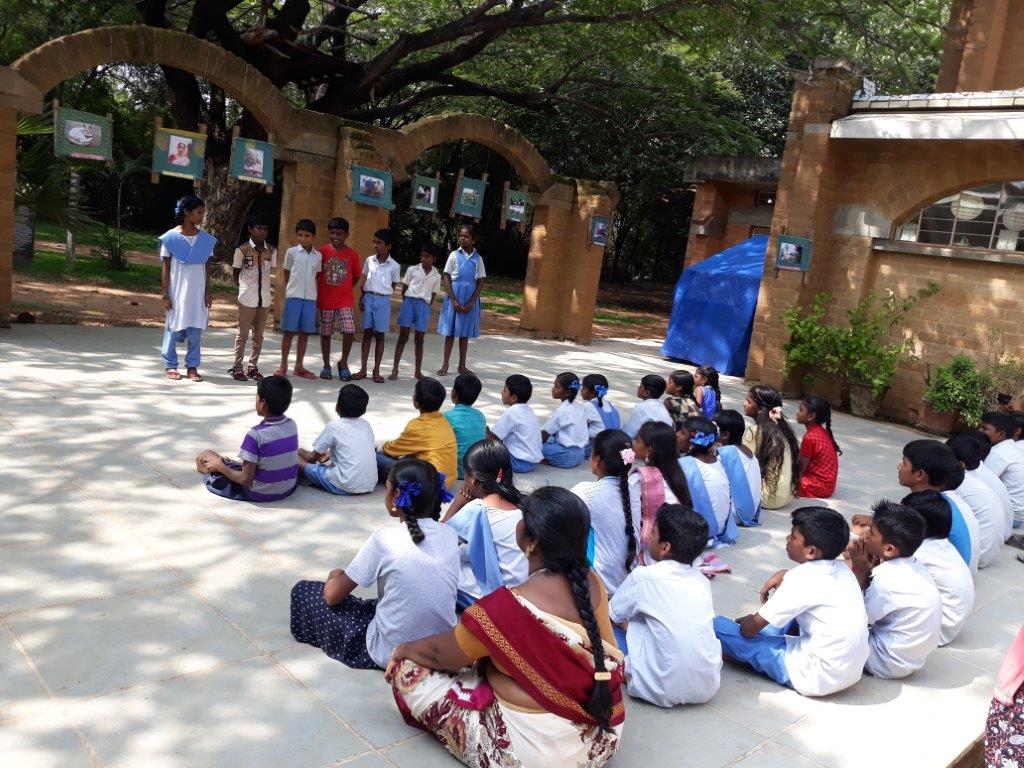