An interactive session was  given to the young students of TLC about Pi,  radius, diameter, area, and circumference. The class started with a brief introduction about each of the concept. 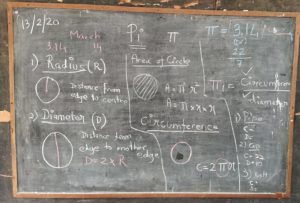 Later the students were asked to measure the circumference of the different objects that were given to them and which they found around them using a thread. The measured circumference was divided by the diameter of the same object, when divided they got some value near to 3.14.  From this session they were able to understand that the value of Pi and it is constant. The students were engaged and practically understood the concept of Pi, which they enjoyed a lot. 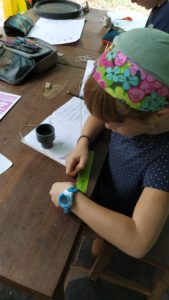