A few girls from 10th grade had build a physical game with a chart representing 3 venn diagrams (governed by 3 randomly selected rules by one team) and a set of 27 games pieces (3 shapes, 3 sizes and 3 colors). The other team players needs to place a piece on one of the areas and ask if it fits there. The goal is to figure out the original rules selected for each circle of the Venn Diagram and demonstrate the understanding of set theory. A few 9th grade children choose set language as their goal as they played with this game. The game helped them in understanding the intersection of two and three sets. Then to make the game more interesting they modified the rules to guess the right answer within few attempts. 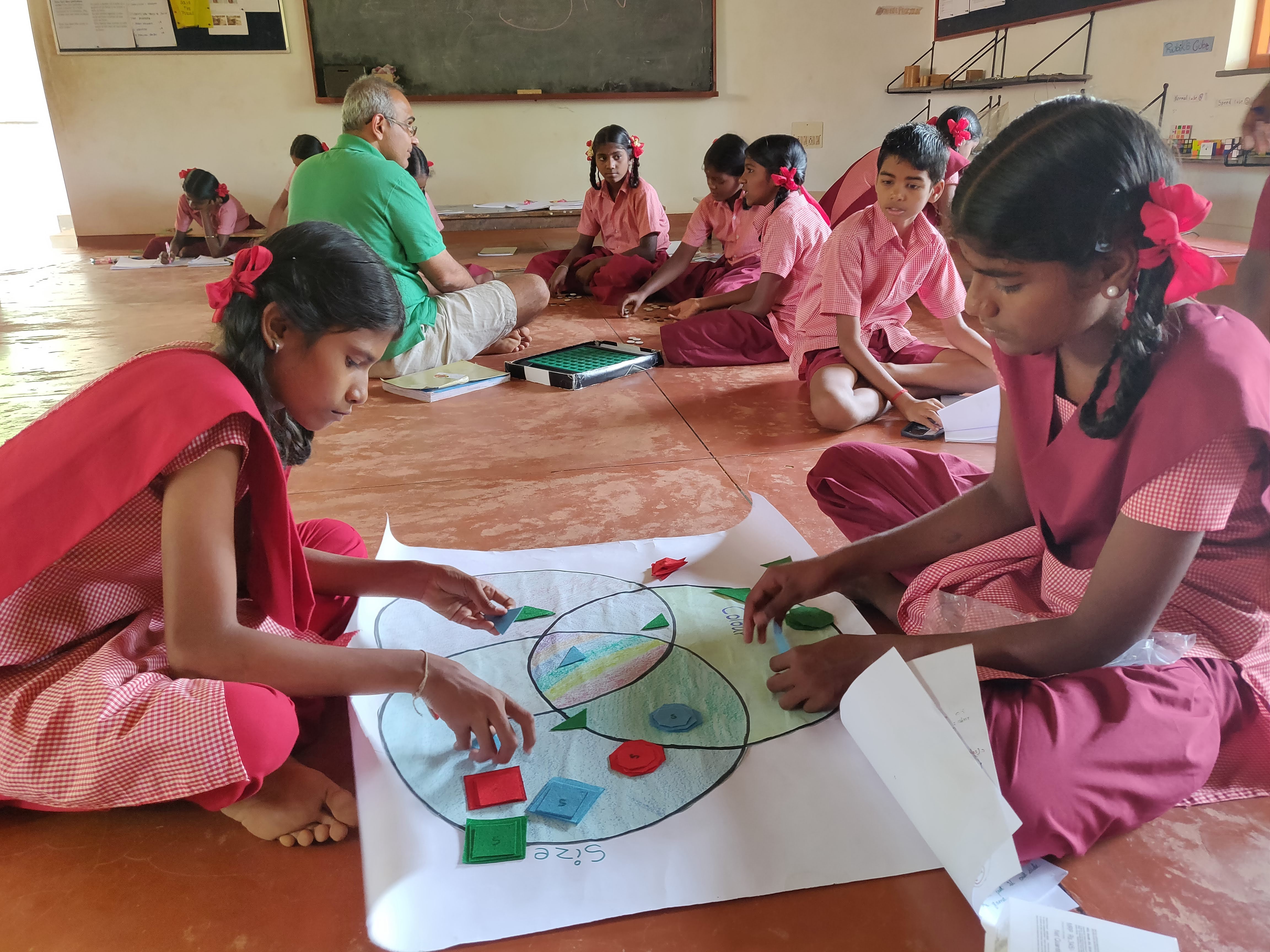 A 9th grader took this to the next level and did not just wanted to play the game on the chart but wanted to create a Scratch game to do the same. Children who did not know, and had the set language as in their syllabus learnt the concept by playing his game. 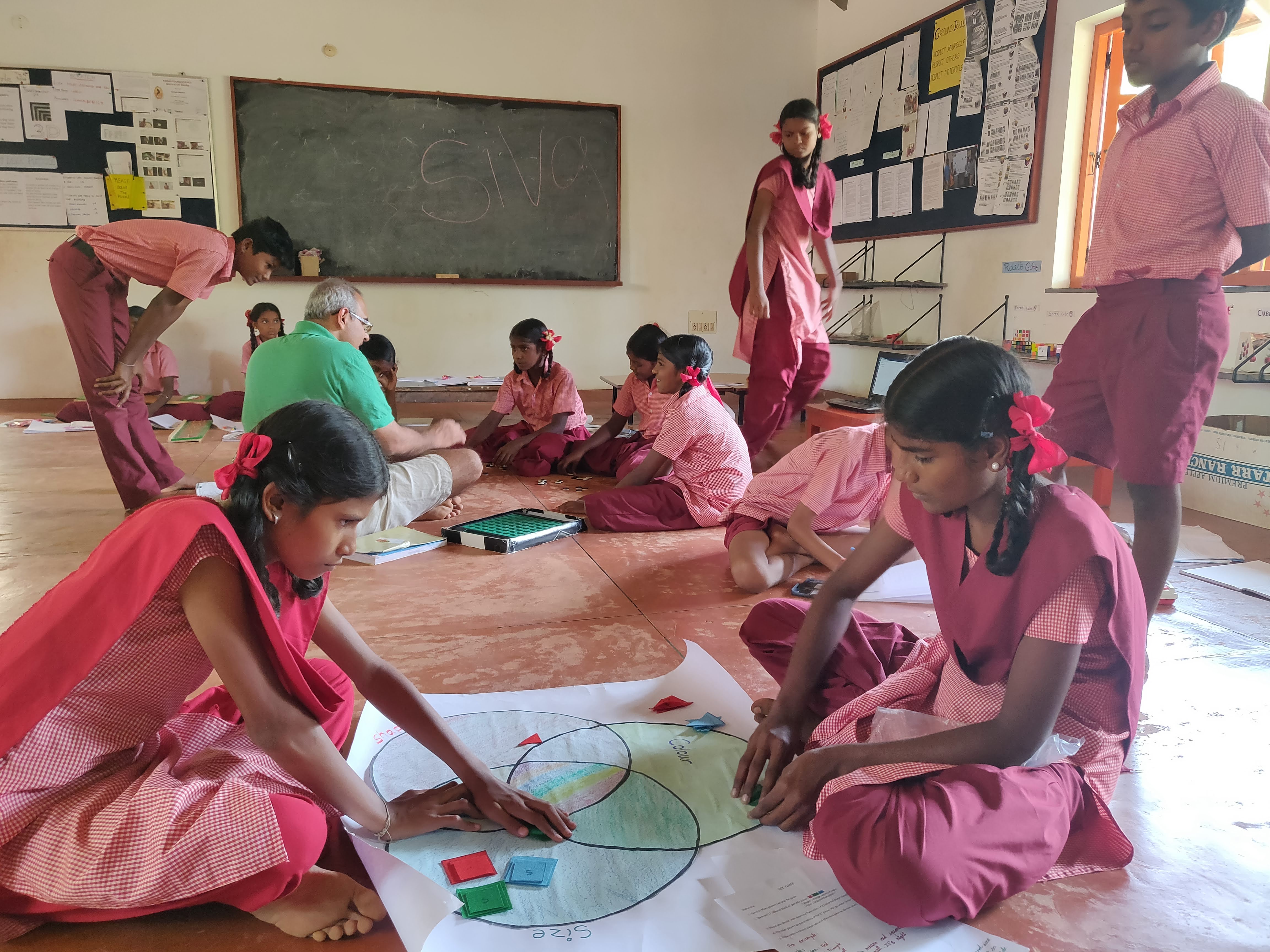