In Isai Ambalam school 2nd graders had a difficulty in finding the pattern. When I use Dienes blocks and jodo cubes to identify the patterns. I asked the children to arrange the cubes in different orders that they have seen it in real life. I split  them into two groups and asked them to arrange th cubes in patterns. They started doing that and then shared how they arranged the numbers from 1 – 10.  When I used the Dienes block it was difficult for them to tell how many blocks are used visually. Then I used Jodo blocks it was big and they were in different colors. Children were able to tell the different patterns. They were able to see it visually and they were able to draw it on a paper.  They helped each other to identify the pattern. They were able to tell the different patterns that they saw in their house. 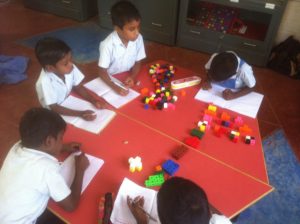 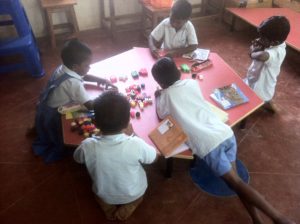 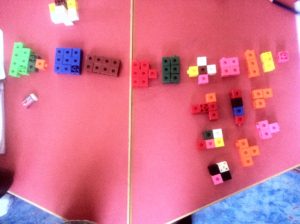