1st grade children are studying about numbers 0-10 and addition of one digits number. They taught to use Cuisenaire rod for learning numbers (because children like color very much and they learned number easily using it). Then they are asked to find out what are possible ways of getting 10, 9, and 8 by adding two numbers.

It was interesting to see children figure out a pattern in adding number using Cuisenaire rods.

As a team we practiced the Breakdown to Breakthrough exercise. First day we did the session with the Tamrai Team. We did the exercise together and shared our insights in a pair and as a group. On the second day, we continued it for the breakdowns which we had for our team.
We had fun as well as we came up with action items and new ideas for the breakdowns we had in our team.

The fraction is always less than 1 whole

e.g.For the fraction (1/6); I have one cake and I want to give it equally to six people, How much will each get? 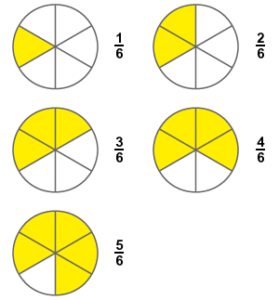 I.e) The Numerator will always be less than the denominator

This program can be altered to show equivalent fractions as well.

The fraction is always greater than 1 whole

I have 11 cake I want to give to 8 people equally, what should I do?

I.e) The Numerator will always be greater than the denominator

This program takes two inputs numerator and denominator and draws that as a fraction. 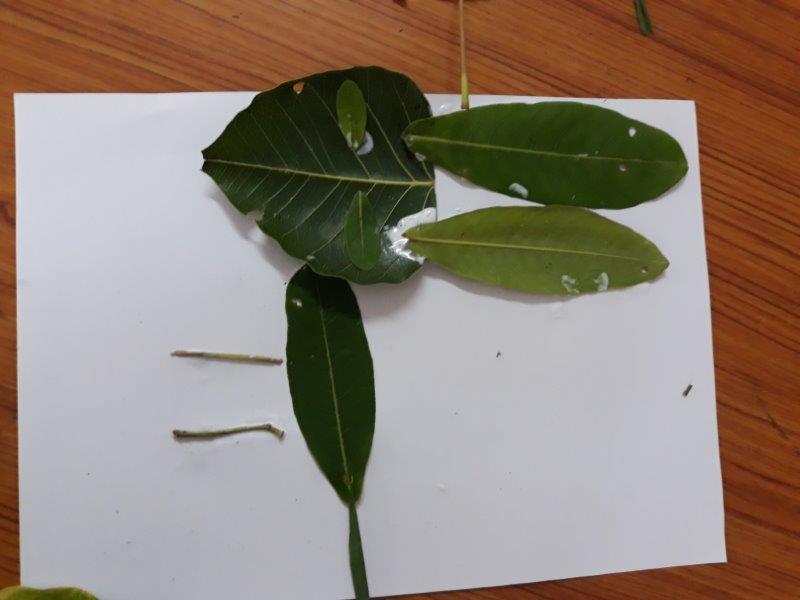 It was interesting to see children come up with their own ideas. Children shared the leaves that they have collected among themselves. After completing it they wanted to fill the remaining space so they collected some flowers and decorated it and some of them drew grass around the paper. 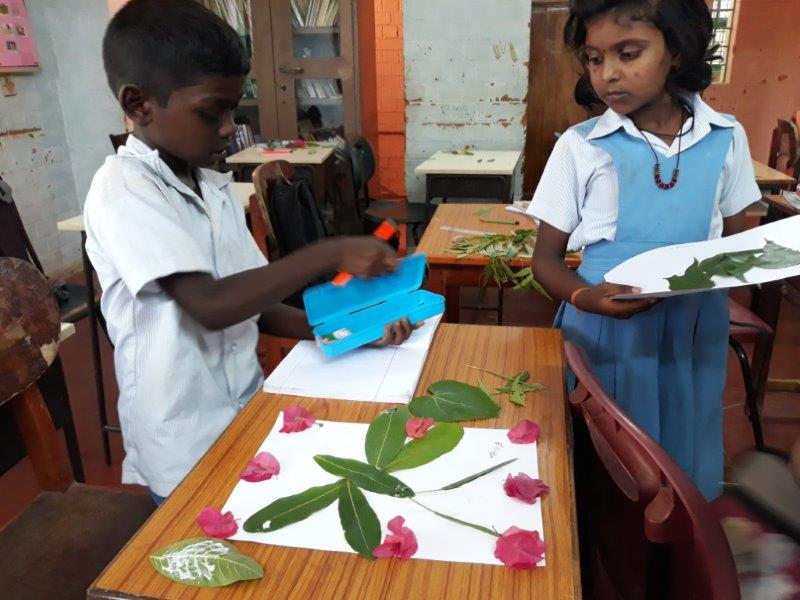 At the end of the class they shared their work to their friends and displayed it in their classroom. 4th grade children also came and saw their work and the 3rd graders were proud of their work. 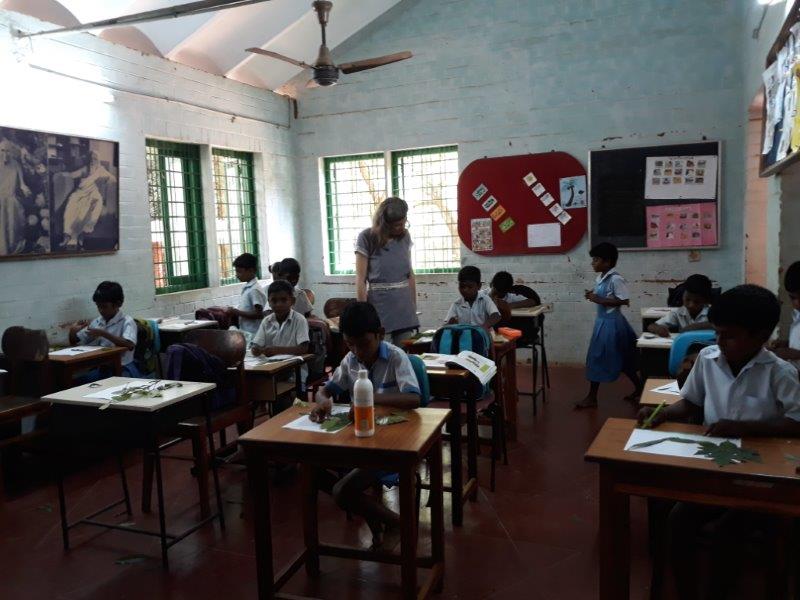 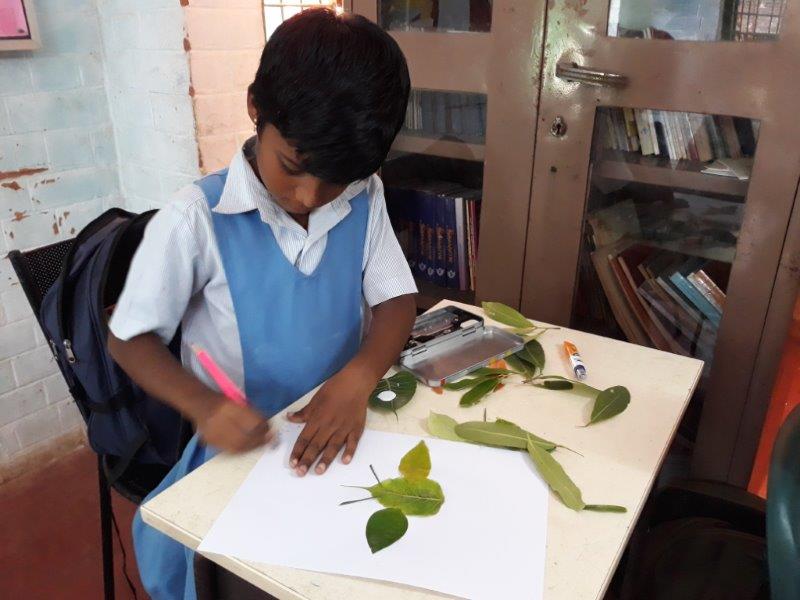 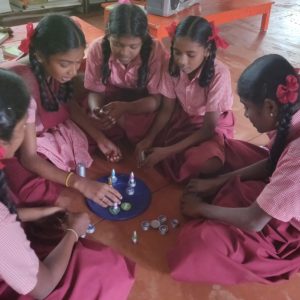 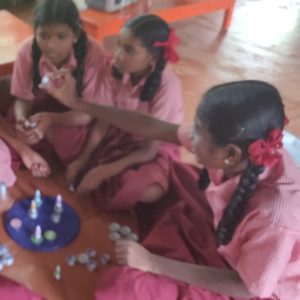 Example: I have 15 cakes and want to give it to 5 people equally.

In sharing method I know the number of people I want to give I need to find out how many to give to each person.

Example: I have 15 cakes if a person gets 3 cakes, to how many people can I give?

In Discrete method, the user has a specified quantity of chips only. 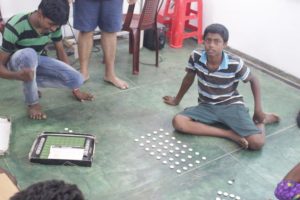 As seen here, the arrangement of chips are in a 8 cross 5 with a total of 40 chips.

Then he would flip the appropriate chips like the following: 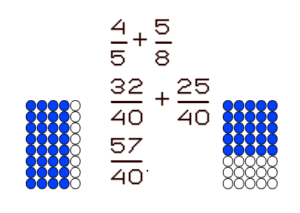 The 6th graders at Isaiambalam school were working on converting a multiplication story to two relevant division stories. They had initially done it with random objects. Then 7th graders stepped in and took it a little further involving physics with speed distance and time. They followed the following model to tell the stories: 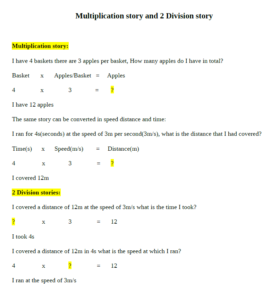 Here is the images for children pattern. 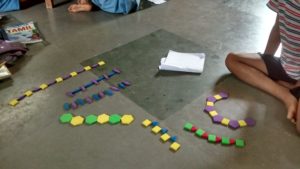 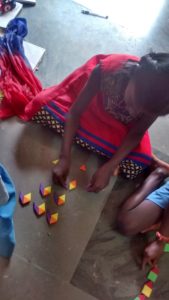 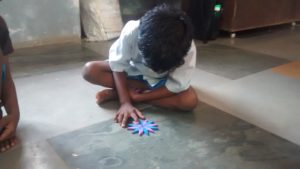 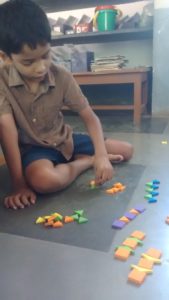 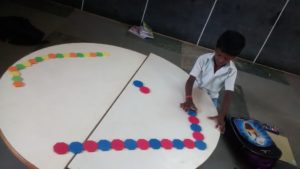 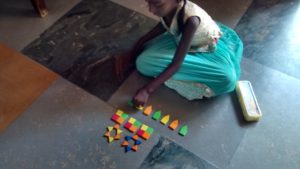 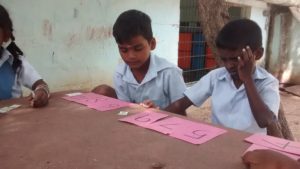 As STEMland is a research organization, we want to research our teaching methods and technique (Please look at the purpose of our organization). We are doing research on the following topics at STEMLand.

We were supported by SAIIER to do these projects. 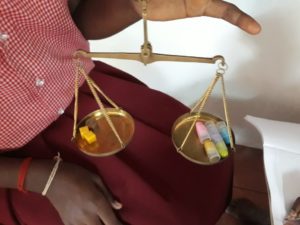 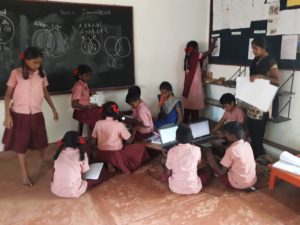 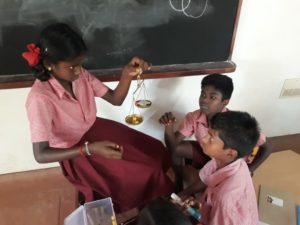 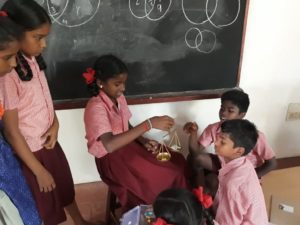 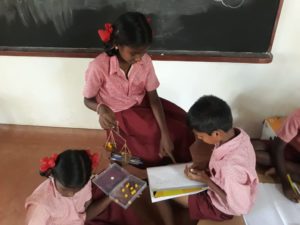