On 16th October 2018 we celebrated STEM land’s 3rd birthday in Udavi school. A week ago children were back from their first term holiday and worked on creating projects to present during the celebration. Some children attended the scratch course conducted during the vacation and created projects on Scratch. 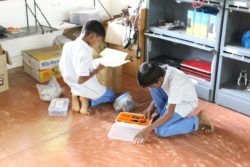 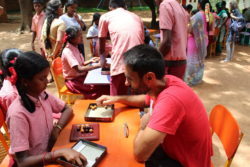 It was quite a busy morning, both children and STEM land youths were so energetic and were decorating and organizing the place. 9th graders from Udavi decorated the entrance of STEM land with colorful Rangolies. Tables were placed outside STEM land and children checked out the games and puzzles which they were interested and played them with the visitors. 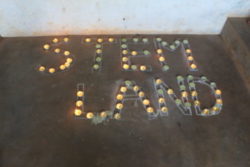 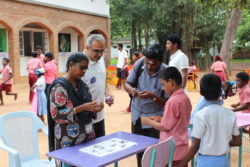 Children and Teachers from Aikiyam and Isai Ambalam schools came. We commenced the event with a samosa and a banana for each. 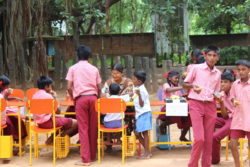 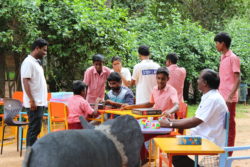 It was a bit drizzling but we continued the celebration and STEM land youth gave an introduction about STEM land by saying the universal values and principles of STEM land, ground rules, learning rules and about the courses that we offer for youth in and around Auroville. One of our volunteers in STEM land who come to learn have also shared her experience and what she has learnt. 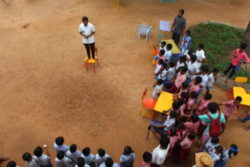 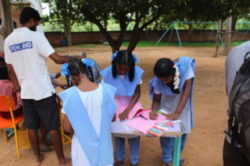 Then Sanjeev from Udavi followed by teachers from Udavi, Isai ambalam, Aikiyam  and Bridget from Thamarai lit up the lamp and begun the celebration. In front of the staircase the flames of the candles were beautifully dancing and saying “STEM LAND” and warmly welcomed everyone. Children’s projects were recorded and were projected. 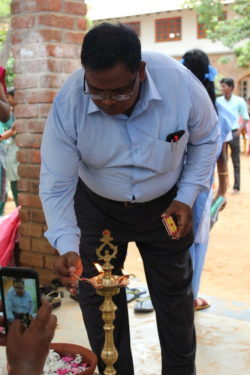 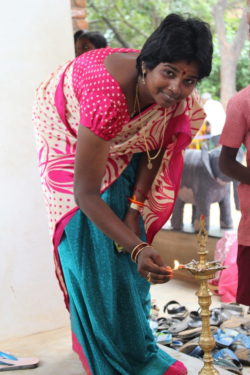 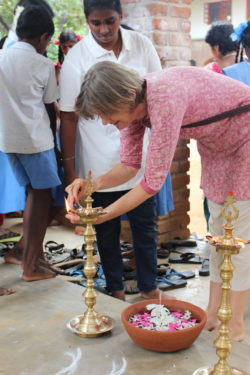 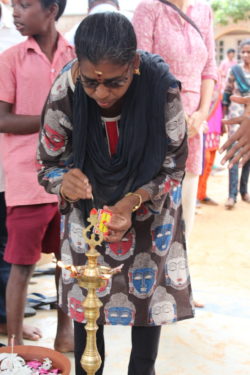 Children from Isai Ambalam have also brought their projects and their EBD models. They were explaining their projects, demonstrated light sensing robot which they’ve made within two days and were also playing strategic games. Few Isai Ambalam  children also played games which were programmed by Udavi school children on Scratch.  The volunteers have also presented their project which lights up the LED serial lights only when someone stands in front of it and gets turned off automatically when no one is there. 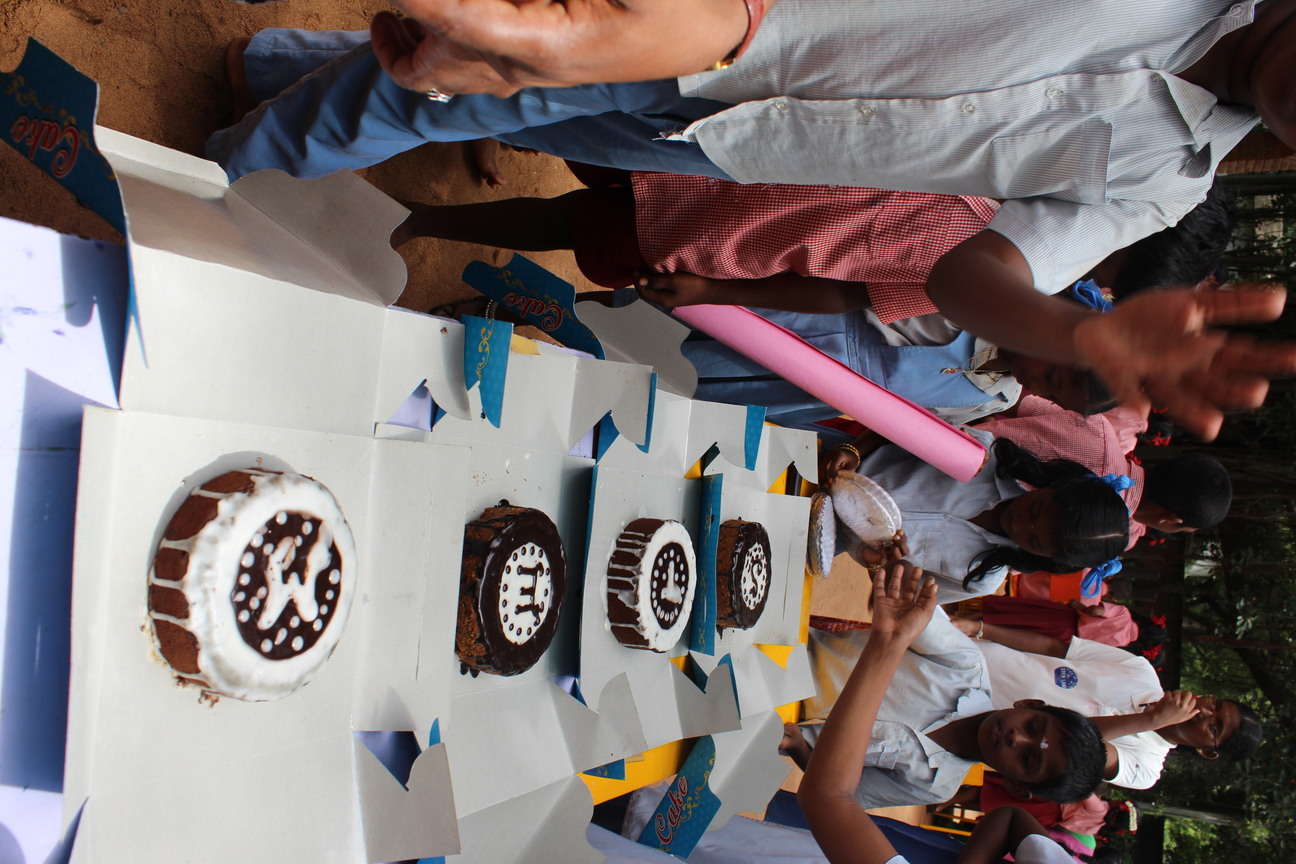 It was unexpected and touching that the children from Isai Ambalam school have baked cakes and wrote STEM on them and brought them to Udavi. Visitors from Auroville and few people who have attended the courses offered by STEM land have also visited and played games with children. They went around STEM land and got to know what all we do and how children learn in STEM land and also solved some cast puzzles. 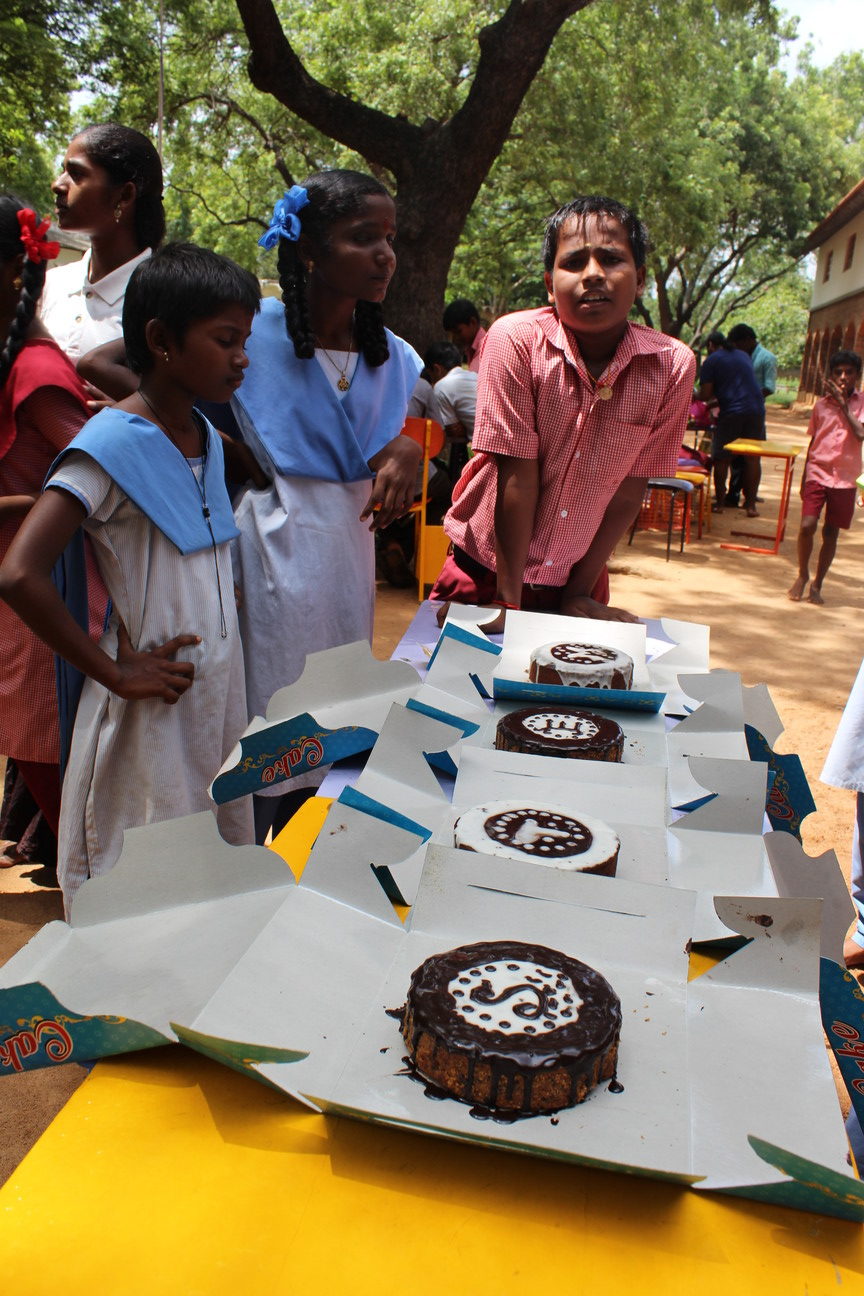 Everything went smoothly and the celebration ended with the same energy along with children’s drumming. It was fantastic to see both Isai ambalm and Udavi children drumming together. Children and visitors danced and enjoyed the celebration. 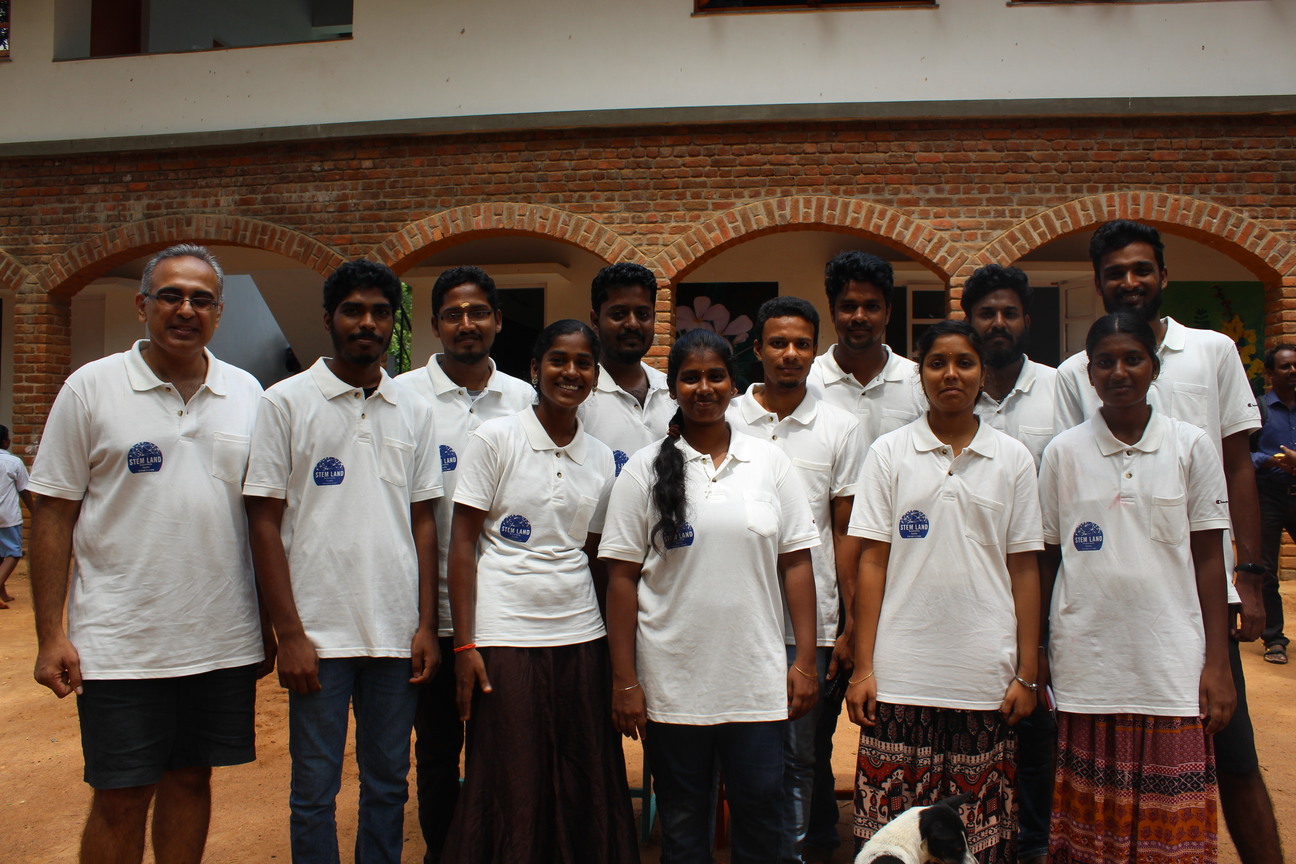 During the exam holiday we conducted basic scratch course for children. 7th graders are new to STEM land they donot know to make a project in scratch so we combined Isai Ambalam children with Udavi children. Day by day we are able to see changes from children. When we collaburate with other children it was really fun and learn. Some children from 8th grade also joined with us for helping. They helped their buddies and also they showed the task demo with children. From that demo children got an idea to complete their tasks.

We asked children prepare few question that can related to anything. They did it then we asked children to use funtions from scratch now use spirite and ask questions and also play it with others. 8th grade children showed demo of the task. Every children did well. 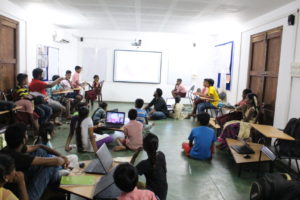 We asked children how many shapes do you know draw it by using scratch from that make a mandala and we have given one clue for them that is repeat function for mandala. When they did it they were so happy and theyn shared with other also. 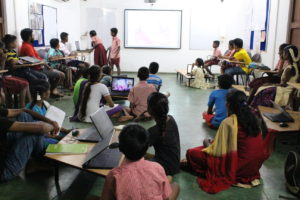 We asked children to know how to play maze game.  From this we have given clue for children to make maze game. 8th grade children showed demo of this then many children made different kind of maze games. That was really awesome and everyone were enjoyed a lot. We gave chance to evryone to share their projects.

Day4: Adding life and score to everyone 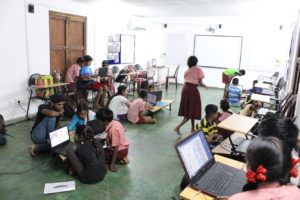 These two function is used to reduce our coding part. This will make our work easy.  The task is children should use these function. Children did it and also they made many projects. 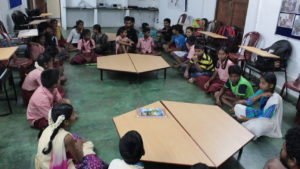 We start and end with circle. I noticed that when we collaburate with other children peer learning was happened and we made new relationship with Udavi and Isai Ambalam. I felt this exam holidays helped for others and also we made the holiday meaningful.