After Pongal (Harvesting festival) holidays children were back to school wearing their Pongal dress. They came to STEM Land for their math class . During the circle time we announced that we have got new games to STEM Land. Children were  eager to play the new games. They went to the iSMART class room and played the new games. We bought three games in which they played two of them since the other one arrived the day after. One of the game was squashed and the other one was Brix. Children split into two groups and took turns to play both the games. One group played Brix in which they had to build a wall where they had 22 blocks. They started the game by choosing their symbol and color.Then they played the game till they get four X’s in a row while the other child tried to get four O’s in a row and the same with the colors. 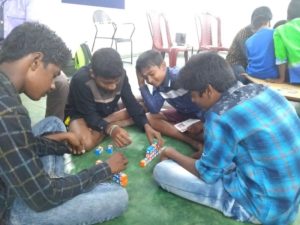 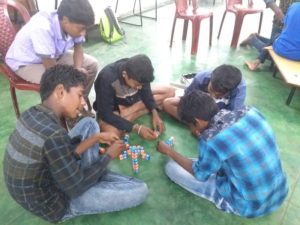 The other group played Squashed. Where children rolled a die during their turns and move that many spaces and were so enthusiastic to flip the cube so that the other players coins get Squashed. They did the same till the last coin was alive who is the winner. They enjoyed played it and also shared the rules to their friends who were playing the other game. It was fun to look at them playing and while some of their friends were trying to help each other saying move your coin this way, these many steps and squash the other person’s coin! They had a good time. 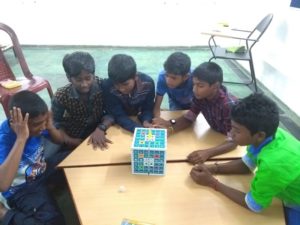 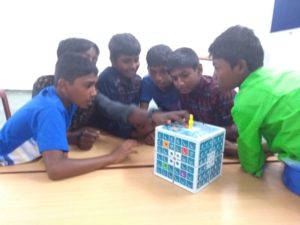