The wavelength of a sinusoidal wave is the spatial period of the wave—the distance over which the wave’s shape repeats. It is usually determined by considering the distance between consecutive corresponding points of the same phase. 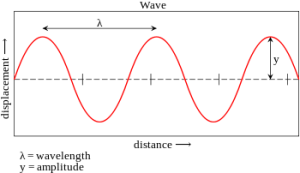 In linear media, any wave pattern can be described in terms of the independent propagation of sinusoidal components. The wavelength λ of a sinusoidal waveform traveling at constant speed v is given by

In the case of electromagnetic radiation such as light in free space, the phase speed is the speed of light, about . Thus the wavelength of a 100 MHz electromagnetic (radio) wave is about: divided by 108 Hz = 3 meter.

For sound waves in air, the speed of sound is 343 m/s (at room temperature and atmospheric pressure). The wavelengths of sound frequencies audible to the human ear (20 Hz–20 kHz) are thus between approximately 17 m and 17 mm, respectively. Note that the wavelengths in audible sound are much longer than those in visible light.

Difference between Wavelength and Time Period :

There are two variables. One is time and other distance.

We can draw a curve with respect to time and say the vertical displacement at a particular point which shows the period and amplitude. It is time variant at particular point.

We can also draw a curve with respect to distance at a particular time which shows the wavelength and amplitude.

More animations about wavelength are given :

Polar Form of a Circle :
The polar coordinate system is a two-dimensional coordinate system in which each point on a plane is determined by a distance from a fixed point and an angle from a fixed direction. Keeping the radius as constant value(as the radius of the circle of the cant change), the angle keeps on varying until the circle is complete. 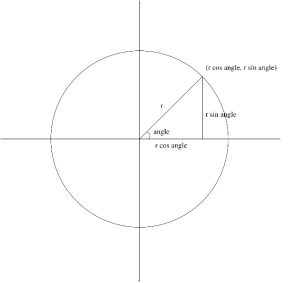 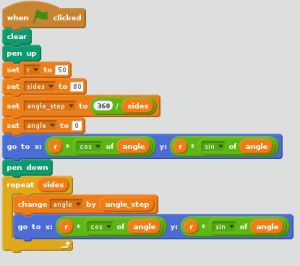 There are number ways to draw a circle in Scratch. Lets have a look at how to draw a circle using the Trigonometric formula(Polar form).
Simple way to make a circle is to use the Motion Scripts and to use the Move keys and angle (360 degree) etc..
Create Variables :
Example ,
Radius, r = 50
Sides( the more no of sides you put, the more it will look like a circle) = 80
Angle_step(to make it move in small angles) = 360/ sides
Angle = 0 degree
Use the Motion script to tell Scartch where you want to start the circle.
Here it is :

In the Loop :
Change the angle by the angle step( so that the angle changes everytime)
Use the formula :
x : r cos angle
y : r sin angle

DC Circuit Analysis with a Capacitor :

In a DC circuit, if we open up a Capacitor, there will be no change in the circuit. We can analyse the circuit by this way.

If for example 9v passes through the Capacitor from a node, the exact 9v will cross the capacitor without any loss.

An ideal capacitor is wholly characterized by a constant capacitance C, defined as the ratio of charge ±Q on each conductor to the voltage V between them.

Sometimes charge build-up affects the capacitor mechanically, causing its capacitance to vary. In this case, capacitance is defined in terms of incremental changes.

In a network containing one or more capacitors, in a DC state it means that there are NO CURRENTS flowing through any branches in which a charged capacitor is located. Charged capacitors have voltage but not resistance: V= IR is not applicable since no currents flow THROUGH a capacitor. Voltages also correspond to zero. 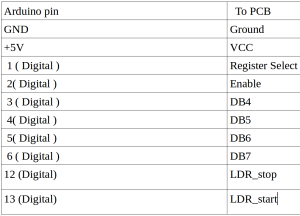 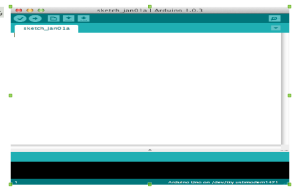 This is where you type the code you want to compile and send to the Arduino board. 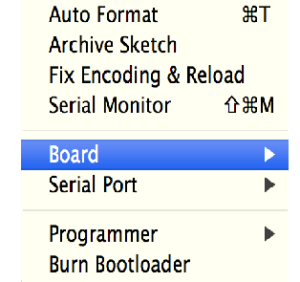 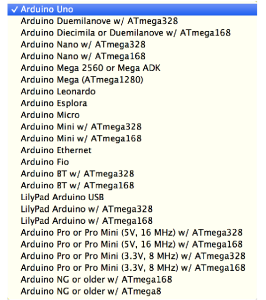 In our code above the setup() method let’s introduce somth. In C++ we need to state why type our variable is before hand, in this case it’s an integer, so it’s of type int. Here is the program which dumped in the Arduino board. 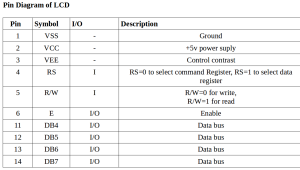 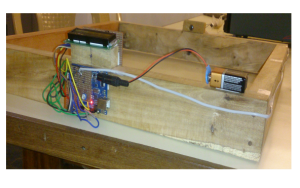 Liquid Crystal Display JHD162A used to display the output of SpeeDe. That is, this set up helps to show the time period of the action and speed in m/s & km/h. 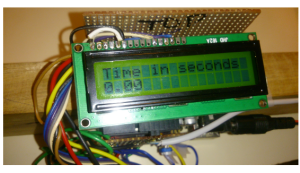 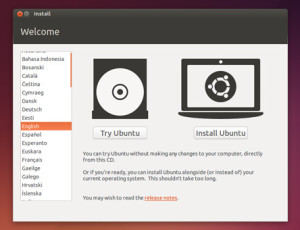 1. Using a USB drive Most newer computers can boot from USB. You should see a welcome screen prompting you to choose your language and giving you the option to install Ubuntu or try it from the CD. If your computer doesn’t automatically do so, you might need to press the F12 key ( Dell laptops) to bring up the boot menu, but be careful not to hold it down – that can cause an error message. 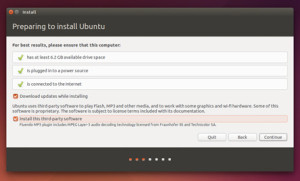 We recommend you plug your computer into a power source

If you’re not connected to the internet, we’ll help you set up wireless at the next step.

we used the APTonCD and Synaptic Package Manager application to install all the updates from another system, which helped us minimize downloading time for updates. Hence we installed Ubuntu by un ticking the box marked “Download updates while installing.”

Use the check boxes to choose whether you’d like to Install Ubuntu alongside another operating system, delete your existing operating system and replace it with Ubuntu, or — if you’re an advanced user — choose the ’Something else’ option 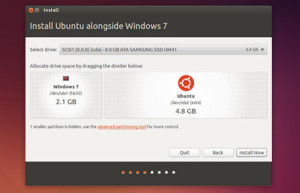 Depending on your previous selections, you can now verify that you have chosen the way in which you would like to install Ubuntu. The installation process will begin when you click the Install Now button. Ubuntu needs about 4.5 GB to install, so add a few extra GB to allow for your files. 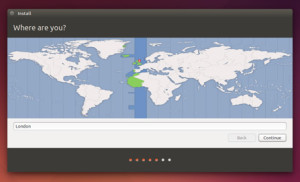 If you are connected to the internet, this should be done automatically. Check your location is correct and click ’Forward’ to proceed. If you’re unsure of your time zone, type the name of the town you’re in or click on the map and we’ll help you find it.

TIP: If you’re having problems connecting to the Internet, use the menu in the top-right-hand corner to select a network. 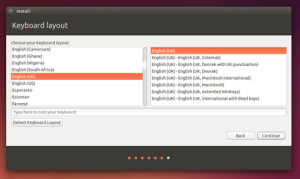 Click on the language option you need. If you’re not sure, click the ’Detect Keyboard Layout’ button for help.

8. Enter your login and password details, and wait for installation 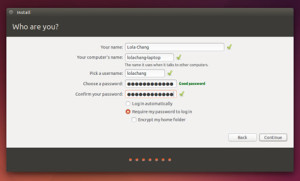 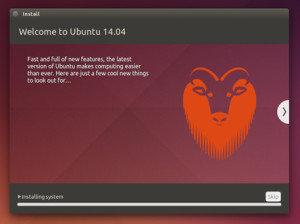 All that’s left is to restart your computer and start Ubuntuing.