Students from 6th and 7th graders made India map using red soil, clay, bricks, pebbles, sand, alluvial soil, black soil. They first wanted to make it on the loft. First they drew a three meters height and three meters width box. Each student were given separate parts of the country to draw. By using graph sheets they drew the map of India.

They made the structure of India using clay. Since there was heavy sun on the loft, the clay got cracks. So students decided to make in on the ground. They did the same thing in the ground. Now they gave shelter to it. But still after a few days it had cracks. Then students came up with a solution that since the layer of the clay is so thin, it had cracks. We had some remaining soil left after the work of oven Education By Design (EBD), so students used that red soil and created another layer above the clay. By using bricks and red soil students built the mountains. In order to differentiate between desert, mountains and rivers they used different materials. For the rivers they mixed the cement with water and built many rivers in India. For desert, they put normal sand. In the eastern parts of the country, they put the alluvial soil. Because the rivers take the alluvial soil and leave it in the delta before joining the sea. Tasks were properly divided among students and it took about two weeks for them to complete the map. The final output of the map was looking good with mountains, rivers and other geographical features. By doing this EBD they learnt Geography of India. Their teacher Ragu supported them. 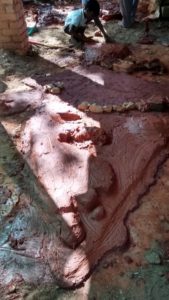 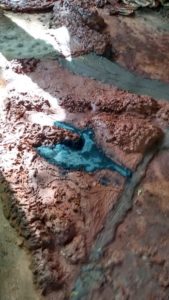 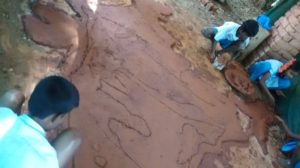 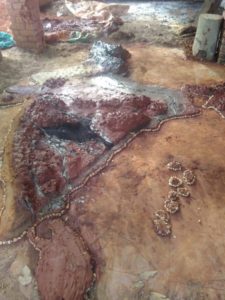 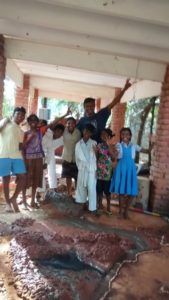